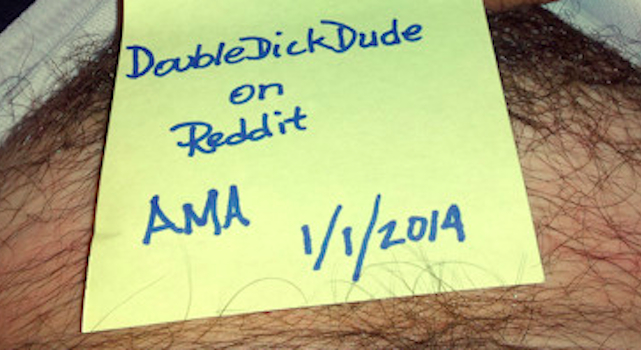 His answers were more than slightly revealing, as it turns out he has one of the wildest sex lives ever.

Amazingly, somewhere in the world a man with two dicks exists. He was born this way due to a congenital abnormality. To inform and educate the world about his condition he decided to go onto Reddit to perform an AMA and boy, did those Reddit users go at it on him.

Everything you’ve ever wanted to know about having two dicks can be read below. Basically the dude seems to view having two dicks as a blessing not a curse and definitely gets the most out of of them as he seems to have one of the most ridiculous sex lives I’ve ever heard of. Be warned – there’s a lot of sexual/NSFW langauge and the whole thing is a bit gross, but it’s also pretty fascinating so it’s well worth reading. I’ve gotta say props to double dick dude for being so open about this, and also for fully embracing his condition and not letting it ruin his life or anything. Nice one dude.

There’s also a picture of his two dicks right at the end of this article if you’re desperate to see them. Again, that might be a bit too much for some of you so be warned. Here’s some of the best answers from his Reddit session.

More Dicks: The 2013 Comprehensive Guide To The Dick Pic

And for those of you that wanted it and didn’t think that it could be true, you can check out a picture of his two dicks below. Wow. 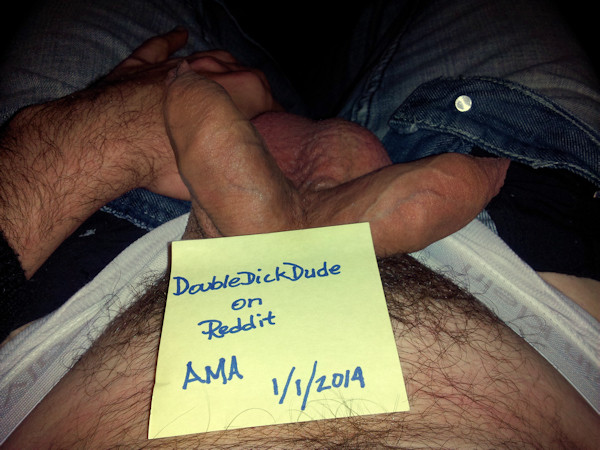