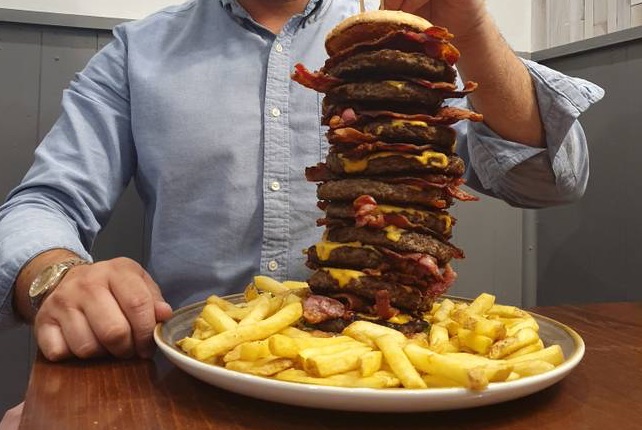 There are a whole load of eating challenges out there but I don’t think that I’ve ever heard of one as morbid as this one where the pub are so scared of the damage that it might do to you that they’re offering to pay for your headstone if you die because of it. Only £500 though.

Obviously this is meant as a bit of a joke to try and drum up interest in the challenge, but the Big Ben Number 10 Burger from the George Pub & Grill in County Durham really does sound like it might do you some serious damage if you choose to devour all of it. Weighing in at 12,000 calories, the ten patty burger also comes with 25 bacon rashers and ten slices of American cheese with a massive portion of chips as well, setting you back a princely £28.95.

Pub owner Craig Harker had this to say about his new offering: 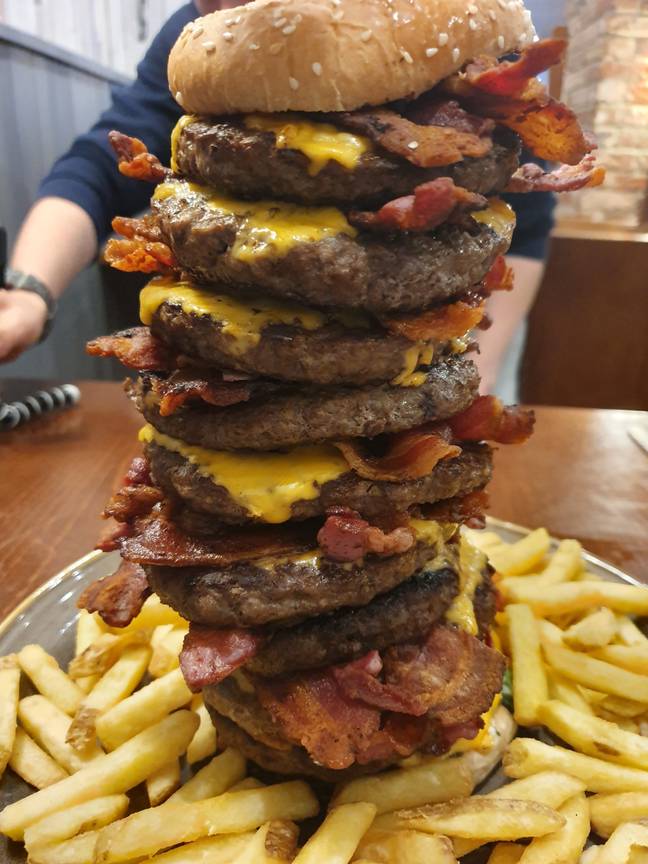 This burger is absolutely stacked high with juicy meat from top to bottom – 60 oz of beef tipped with so much cheese and 25 bacon rashes.

If people want, they can add a further dollop of liquid cheese over the whole dish, which – by the way – makes it even tastier.

This burger will go down as bragging rights with friends, and I can see all the big eaters going for our Big Ben Number 10.

With over 12,000 calories, the meal comes with a warning to eat at your own risk, but there’s some compensation – if it kills you, we’ll pay up to £500 for your headstone.

We are the meatiest pub in the UK, serving up dishes like the UK’s biggest steak – at 220 oz – so it’s fitting to open up with a new menu where the customer can pick a host of burgers with any number of patties, from one to 10.

People can make up their own minds without having salad and healthy-eating fads rammed down their throats constantly.

Yeah again, not really sure that it’s that much of a joke to offer to pay towards a headstone if someone dies during your eating challenge – imagine if someone actually did – but I suppose they needed to create some buzz around it and it’s a fairly safe bet that that isn’t going to happen. Even if it did it’s not gonna set them back that much either.

Win win situation, although if someone does die then it’s probably gonna mean it’s curtains for their eating challenges and perhaps even the pub. That’s the risk you take though.

For more of the same, check out this OG detroying an 8 pound burger challenge. He wasn’t prepared for how the restaurant owner was going to react.