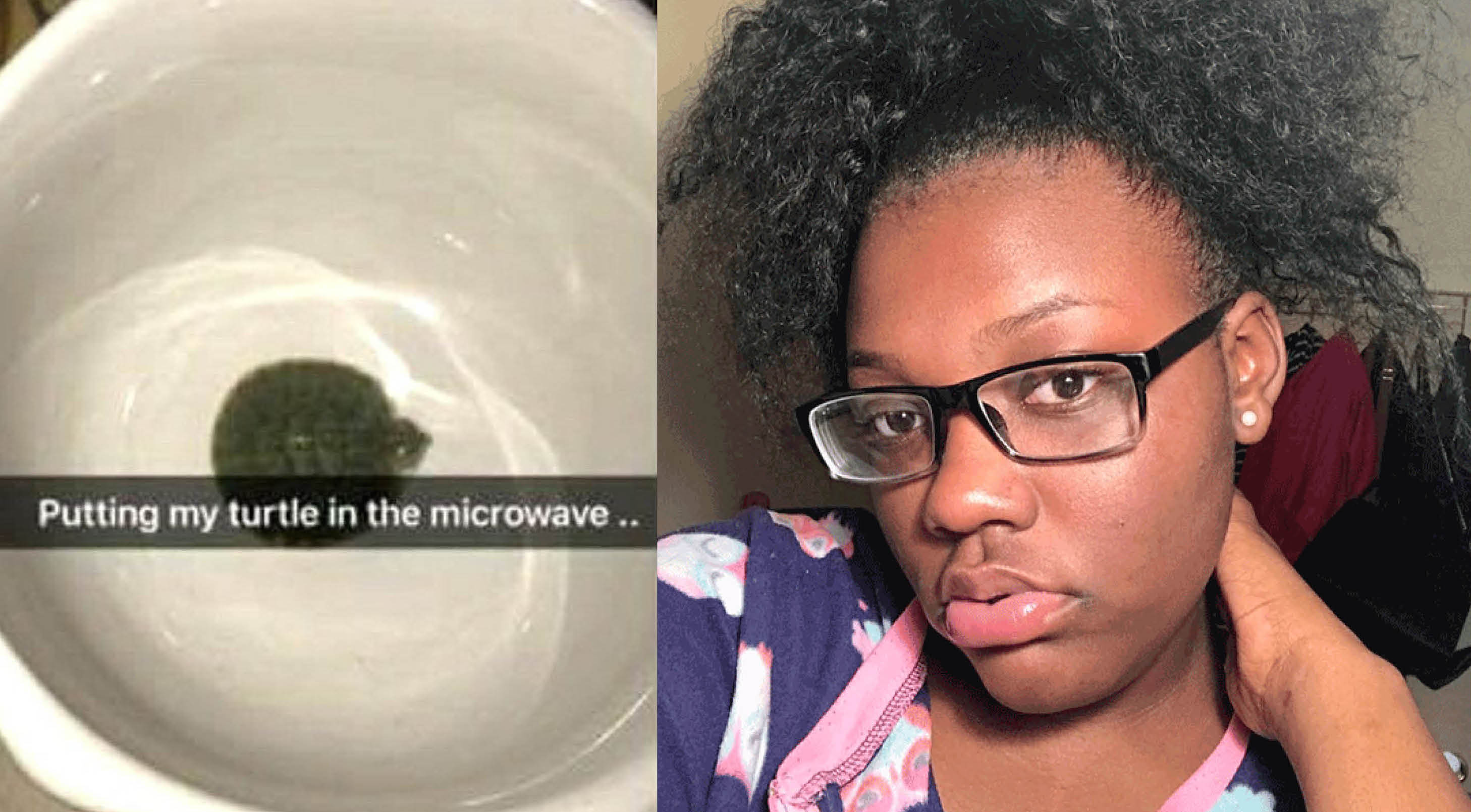 There’s now a petition calling for her to be punished.

When you’re a kid, you don’t really know a lot about anything, but I’m fairly certain by the age of 15 I’d figured out that it wasn’t cool to put living things inside a microwave.

Unfortunately, for some reason this isn’t true of everyone in the world. A girl named Jonasia Simpson from Dorchester County, Boston thought it would be a good idea to put her pet turtle into the microwave and nuke it to death, before posting about it on Facebook.

As if that isn’t bad enough, it then gets even worse when people start calling her out about being an absolute psychopath, because she just defends her actions and says she didn’t even care about the tortoise in the first place and that everybody was overreacting about it. What an absolute bitch: 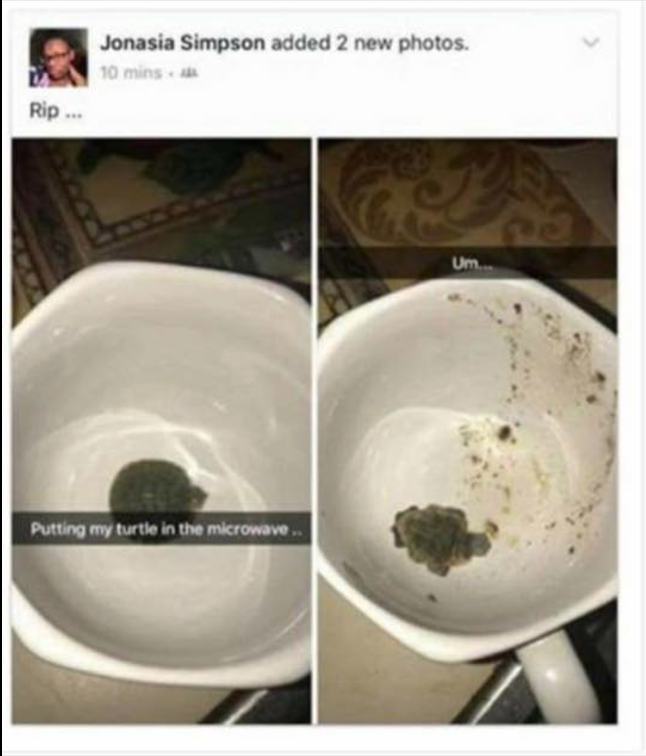 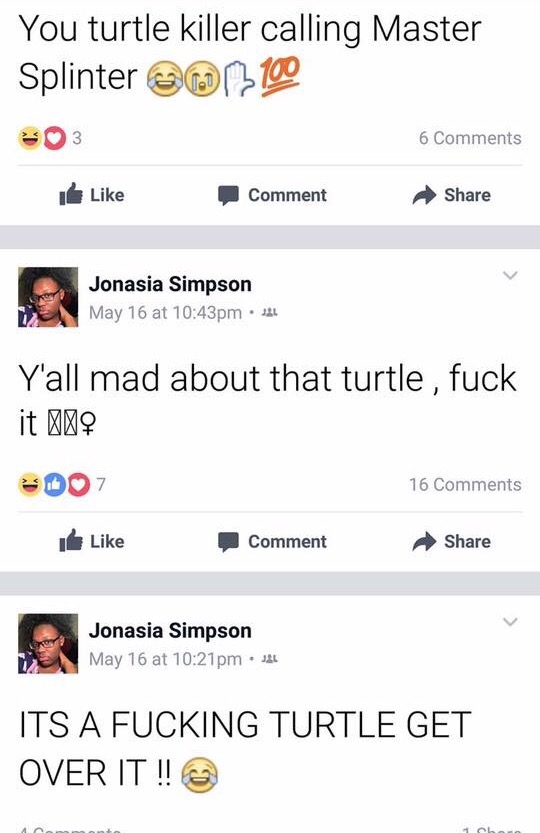 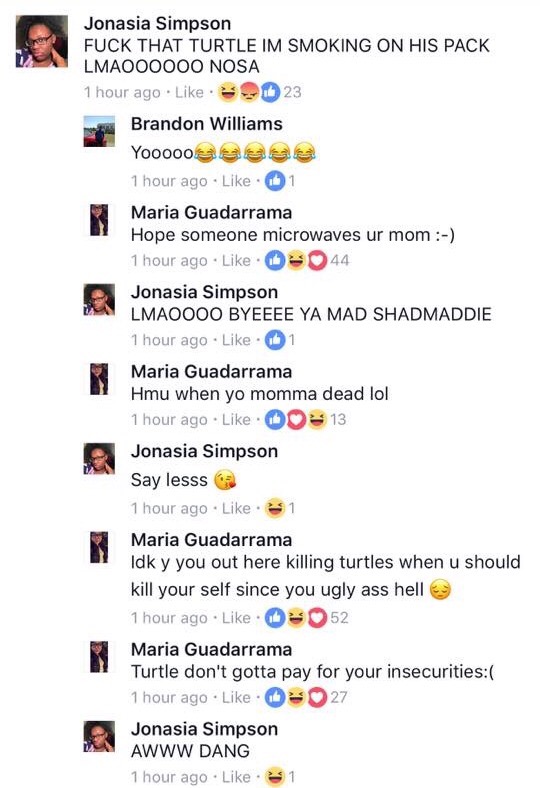 Wow. Words fail me that people can actually be that callous and cruel, let alone in a public environment. But I guess that’s the state of the world today.

Oh yeah – forgot to say the tortoise had only been with the family for about six weeks before Jonasia decided to blow it up. That’s not very long to get bored of it.

Some people have started a petition demanding that she be punished or educated for her actions, and you can sign that over here. To be honest, the guy who started it is kinda right – it is completely messed up to kill an animal and think that it’s OK, so she probably does need some kind of help.

For more turtles, check out why you should never attempt to kiss a snapping turtle. Ouch.