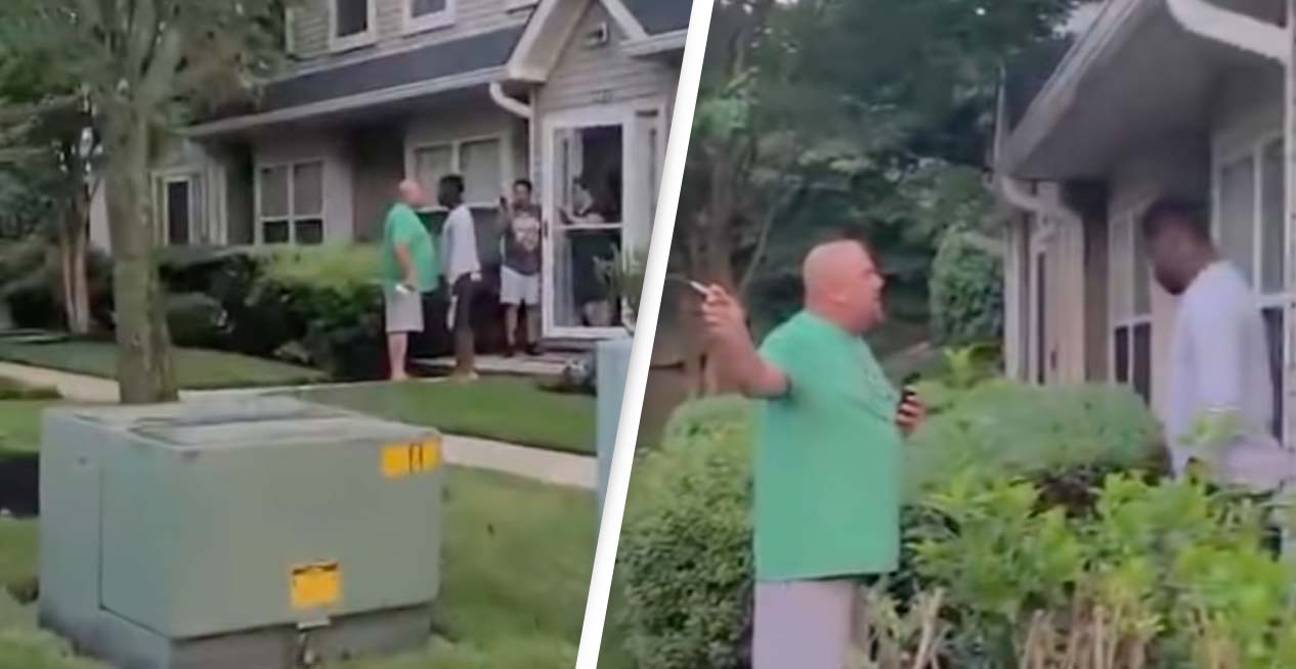 It’s always funny when you see someone invite an outpouring of angst against them and then receive much more than they bargained for and this can again be seen in the case of the undoubtedly racist Edward Cagney Mathews.

Mathews was filmed harassing an unidentified black man in Fort Laurel, New Jersey on Friday in footage that was shared all over the internet. It’s unclear what caused the initial commotion, but the black man is trying to get Mathews to leave the area but is instead met with a whole bunch of horrible racist slurs.

Mathews even tells the police to come see him at his home address in the video, but instead he was shocked when hundreds of anti racism protesters turned up at his house and demonstrated against his racism.

Dozens are still out in front of Edward Cagney Mathews home. The police officers are standing in front of his front door. pic.twitter.com/jqp0ORPzlp

#BREAKING Mt Laurel Police take Cagney Mathews into custody after protesters surrounded his house due to racist comment captured on viral videos. Crowd pelts him and police with objects.@NBCPhiladelphia pic.twitter.com/W6TVPw5YRN

Lol. I get that that’s kind of intimidating but the guy is quite clearly racist and he did invite people to come see him at his house, so I don’t think he can really argue with what’s going on there.

Mathews was eventually arrested by police but it seems as though this was more for his own safety rather than any crimes permitting to his hate speech/racism from the original video. He briefly emerged on Monday to offer a haphazard apology, but everyone is calling him out over it being nowhere near enough in the grand scheme of things here. He’ll probably be tarred with the racism brush for the rest of his life though, so there you go.

For more of the same, check out this Lyft driver going on a racist rant after a passenger asked him to wear a mask. What is wrong with people?