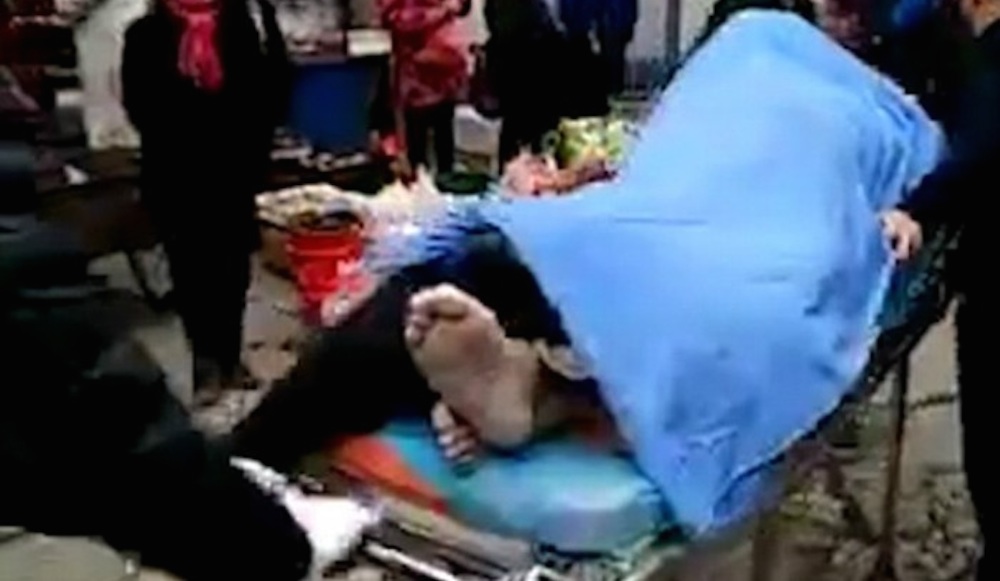 There isn’t much known about this video aside from what is allegedly happening in it – the exact circumstances and location are a mystery at the moment, although it’s thought to have originated somewhere in China.

But what it apparently shows is a prostitute with a client on top of her being wheeled together on a hospital bed with a blanket over them. The thing is though, that the guy is dead and the woman is still alive.

The caption on the video says that the man’s penis is stuck inside her after he died, and as such the two are attached together with no way of getting apart. It’s thought that the rigorous cardiovascular activity associated with sex gave the guy a heart attack, and his penis became trapped in the vagina due to a rare condition known as penis captivus. This is where the vaginal muscles clamp down on the penis much harder than usual.

The penis is normally able to be removed after the guy shoots his load and loses his erection, but in this case he died and was left with a permanent erection, making it impossible for him to be withdrawn. What a bunch of rotten luck eh?

The pair were taken to hospital where the guy was able to be surgically removed from the woman’s vagina (felt awful just typing that) and was taken to the morgue. There’s no news on the woman but I would like to assume she’s ok now, at least physically.

For more weird Chinese sex stories, read about the guy who got a three foot sticking rope stuck in his dick.