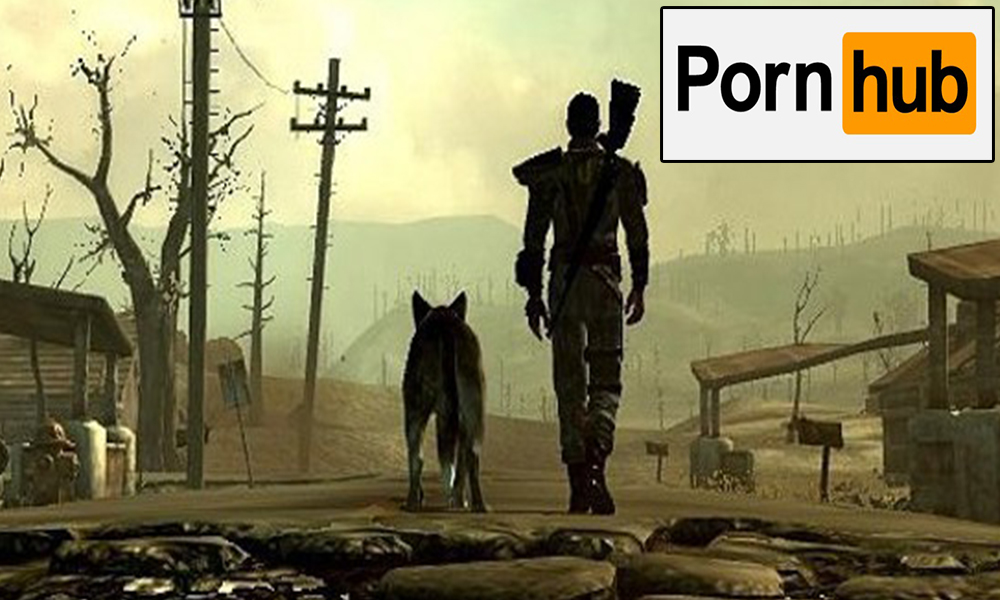 See, gamers aren’t wankers after all.

Google analytics show that most people were playing Fallout 4 at times they would normally allocate to wanking. They show a slight rise between 3-4am, but then it started to drop at 5am and stayed below normal until after dinner time. It went back up to normal, but then come 6pm it dipped almost immediately, as people were coming home from work and jumping onto Fallout instead of rubbing one out.

The graph spiked in the early hours though as gamers were probably having a quick one before bed between midnight and 2am. 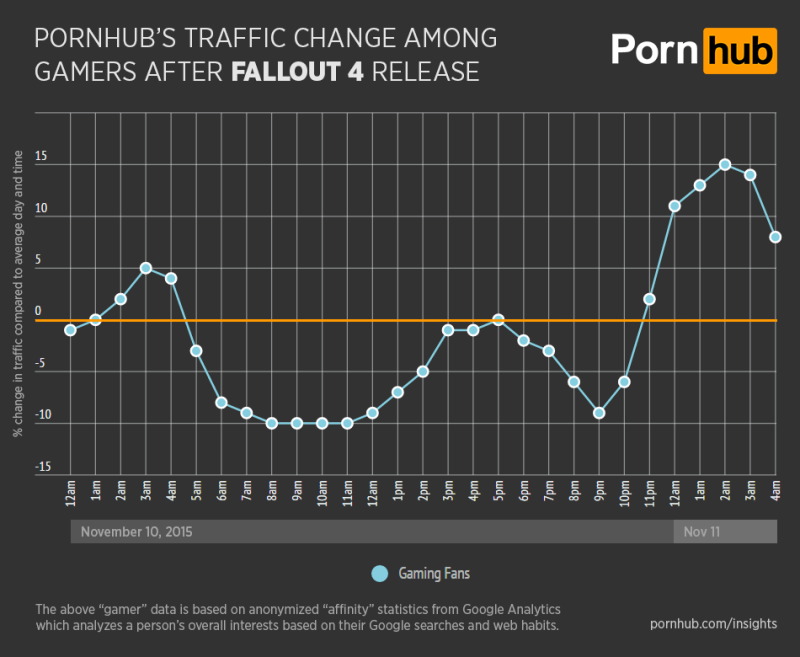 Amazingly, they somehow used analytics to work out the drop in traffic according to the type of games that people are fans of. I have no idea how it works, but here it is: 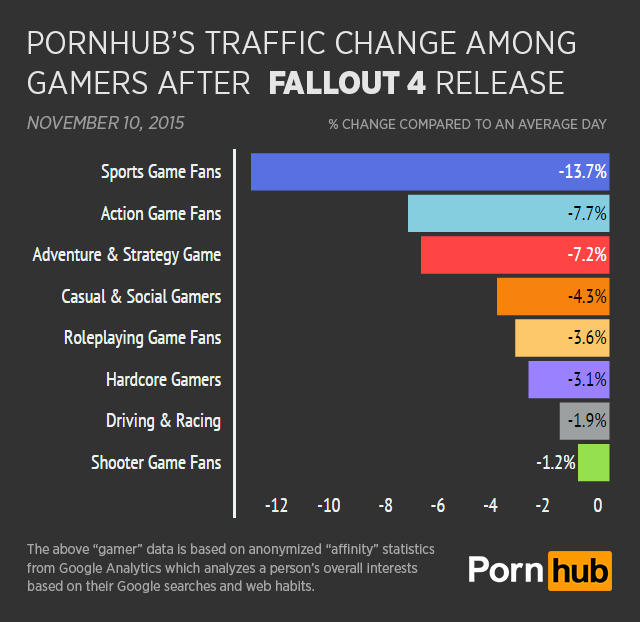 They posted the information to their insights page, which is something I never knew existed, but to be fair it’s not in their categories. It’s not yet known if the dip in traffic has affected the sales of their own clothing label.