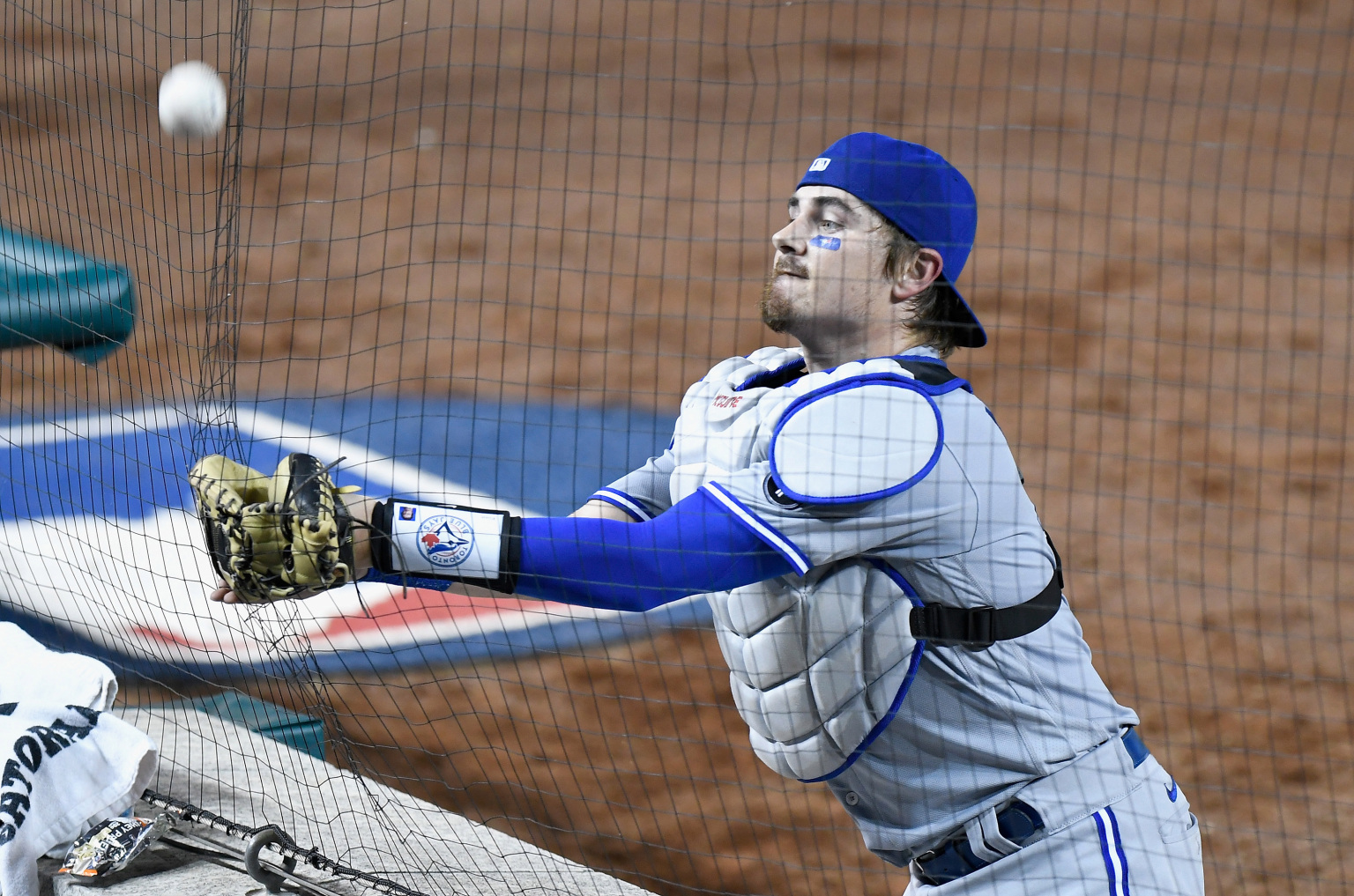 The man in question is 25 year old Reese McGuire who plays as a catcher for the Toronto Blue Jays and sounds like quite a big deal considering he was a first round draft pic a couple of years ago. He was picked up by the cops in the parking lot of a strip mall in Dunedin, Florida, near to where the team are currently training after several people complained about him clearly jerking off in his white Mercedes SUV.

TMZ has somehow obtained footage of the conversation McGuire had in the back of the cop car after he was arrested for exposure of sexual organ:

McGuire pleaded no contest to the charge and was fined $450, which is pretty good going considering that he could have faced up to one year in jail for the crime. However, I’m pretty sure that he’s going to be paying for the misdemeanour for the rest of his career with people singing songs and making fun of him every time he steps out onto the baseball field.

Here are a few of the best jibes from Twitter already:

Reese McGuire should hit a ton of homers for the Jays this season.

I knew he didn’t play for the Mariners

Because the Mariners never beat anything

Reese McGuire may play for the @BlueJays, but he’s a Yankee at heart 🤣 pic.twitter.com/K3bmAnlBZL

Also, hands up I gotta be honest about this, when I first started writing this article I thought that a strip mall was a mall with a strip club in it, but it turns out it’s called that because the shops are laid out in a strip. It would have been way funnier and perhaps weirder (perhaps less weird, not sure?) if he had been caught outside a strip club so sorry about that. Hope you enjoyed the article anyway and maybe you learned something too?