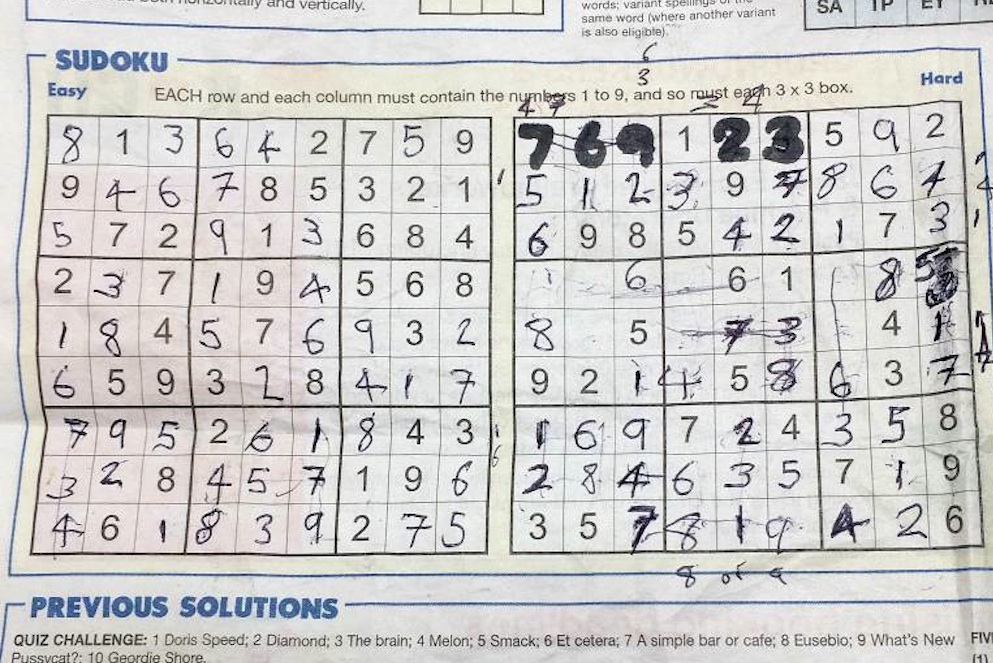 I’ve never really found Sudoku puzzles that interesting, but I suppose if I was locked up in the slammer then I might get more into them as I would have literally nothing else to do all day. I mean it’s a better way to spend your time than attempting to eat your jail cell like this guy.

I suppose this new found love of puzzles was what led prisoners Michael Blatchford and Shane Smith – who are incarcerated in Exeter Prison – to write to their local paper the Express and Echo after they desperately tried to complete the hard puzzle in it on Thursday 28th May, stating that it was literally impossible. I suppose that really would get to you if you had literally nothing else to do and still couldn’t solve it.

The pair also claimed that 84 other inmates had agreed with them and their anguish was compounded by the fact that they weren’t allowed access to the edition of the newspaper that would feature the solution. There was really no other option but to contact the paper directly: 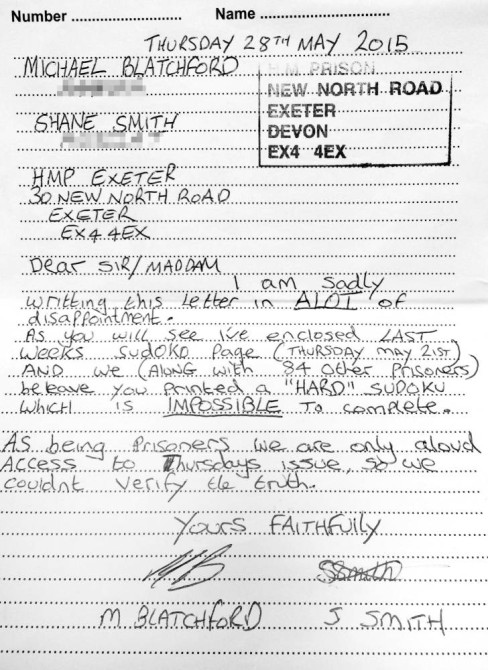 The (carefully written) letter was received by the Echo, who looked into the complaint and predictably found out that the prisoners had screwed up the middle section of the puzzle which had made it impossible to complete. Go figure.

If they hadn’t have messed that up then it would have been a lot easier to complete, as it isn’t actually impossible. Still, none of us would have been able to laugh at this letter if that hadn’t happened. Here’s hoping these two clowns get better at Sudoku and spelling during their stint on the inside so they can make a useful contribution to society when they’re released.