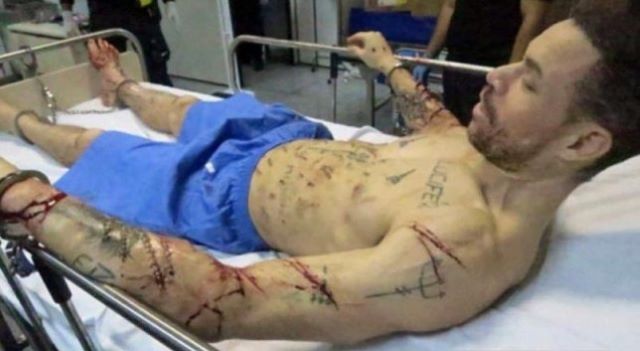 A serial killer nicknamed Lucifer says he has no regrets after killing 48 fellow inmates in Sao Paolo, Brazil, and looks forward to killing more.

Marcos Paulo da Silva was 18 when he was first jailed for petty theft in 1995, but now faces dying in prison after transforming himself into Brazil’s most dangerous prisoner.

Da Silva is notorious for beheading and disembowelling his fellow prisoners, and during one incident killed five men in one go in Serra Azul Jail in Sao Paulo in 2011.

According to Brazilian media outlet NE10, Da Silva, 42, used a fire extinguisher to knock his victims unconscious before decapitating them with a home-made knife in his most infamous jail massacre to date. So at least he doesn’t take their heads off or spill their guts while they’re still conscious, eh?

He is said to have yelled:

I love this, there’s so few, I want to kill more prisoners.

Da Silva, who is covered in Swastika and skull tattoos, has not been tried for many of the murders, but his killing spree has left him with multiple convictions and jail sentences totaling 217 years. Reckon he’s interested in rehabilitation? 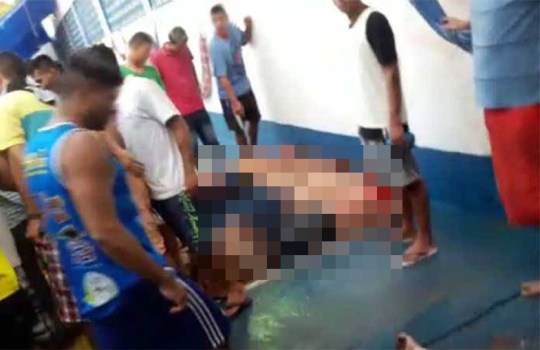 He recently told a judge:

I have no regrets about killing all these people.

They were rapists and thieves who took advantage of other inmates and robbed them.

Prison guards said it was only a ‘matter of time’ before da Silva kills again once he is transferred to a new prison. Problem is the number of prisons willing to take him in are drying up, so it’s anyone’s guess where he’ll turn up next.

I’m guessing the prison guards/justice system like what he is doing otherwise they would have figured out they need to separate him from other inmates after the 4th or 5th murder. Also pretty telling that he has never harmed a prison guard.

Here’s an absolute joke of a quote from The Mirror‘s covering of the story:

The extent of Marcos Paulo da Silva’s violence has earned him comparisons to Britain’s most dangerous prisoner, Charles Bronson.

Lol – except Charles Bronson never killed anyone. How can you even compare him to this specimen? Typical tabloid crap and that’s pretty rich coming from us.

Meanwhile, psychologists say Da Silva is not mentally ill but does suffer from a personality disorder that needs to be urgently treated. Good luck to whichever therapist(s) are handling that one.

To read about the ‘Chinese Ripper’ – one China’s most infamous serial killers – click HERE.