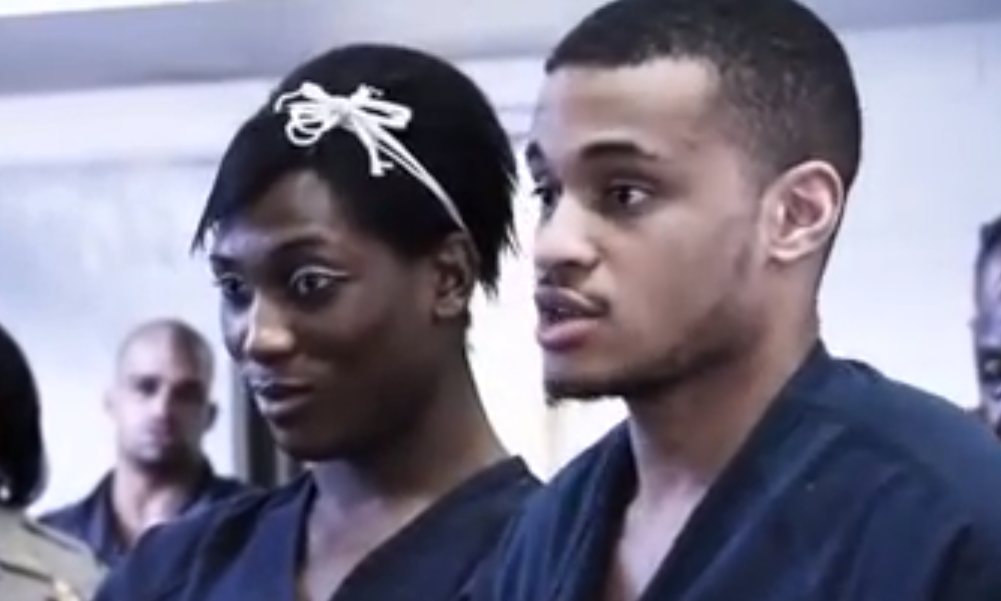 To be fair this is absolutely terrifying.

We’ve featured clips from the American TV show Beyond Scared Straight – which profiles America’s youngest troublemakers going to prison and acting really tough but then getting the absolute shit scared out of them – on the site a few times before, like this one of a 13 year old badass who starts crying after about 7 seconds, but this one is probably one of the more terrifying clips I’ve ever seen.

It revolves around a prisoner introducing a bunch of kids to his prison wife, which well and truly shakes them up, even though it’s a safe bet that some of them will carry on living that thug life and wind up in prison anyway. Another prisoner talks about being stabbed in the face and being stabbed in the chest which has also got to strike some fear into them. After watching Oz and this stuff, I never, ever want to go to prison under any circumstances.