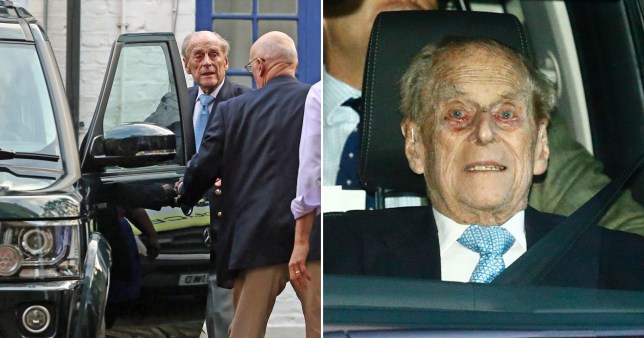 Bit of a mean one here – but still kinda funny – after all of Twitter are accusing Prince Philip of already being dead and subjected to some kind of ‘Weekend At Bernies’ shenanigans after he was pictured leaving hospital after his illness to spend Christmas with the Queen.

Those of you that perhaps don’t follow news about the royals as much as you should – what exactly are you thinking? – might not have been aware that Prince Philip has spent the past four nights in the King Edward VII’s hospital in central London. Others of you out there might not be aware of classic 80s comedy ‘Weekend At Bernies’, where the two protagonists have to carry a corpse around with them pretending that it’s alive for some reason. I forget what.

Anyway, seems pretty clear from the picture above that Philip has died and the royal family are just carting him around for the photo ops, a la ‘Weekend At Bernies’ At least this is what Twitter is saying:

At least at Weekend at Bernies they had the decency to stick shades on the bastard https://t.co/AZArS8fe89

Weekend at Bernies but the Crown edition.

They forgot the sunglasses when they dug Phil up. #weekendatbernies https://t.co/bX1dxx9jn2

Weekend at Bernies 3 in advanced talks with British Monarchy. https://t.co/x5k9qVj3fU

Seems like a lot of people are making the same joke there, but I suppose when it’s really funny you can’t really blame them can you? I guess we should probably be a bit nicer to Prince Philip considering he’s 98 and probably fairly near death’s door, but I guess everyone pretty much hates the royal family and I’m not so sure he’s that good a dude anyway, so why would we? Merry Christmas everyone.

For more of the same, check out his top ten gaffs over the years. Yeah, definitely not that good a guy.