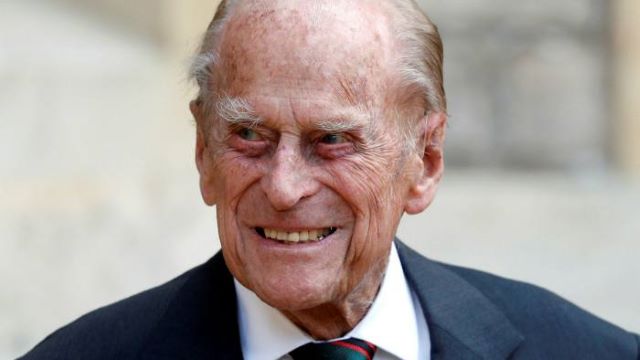 The internet can be a nasty place.

I’m not gonna claim to be an expert on the life and times of Prince Philip, but I think most people understand that he was a 99-year-old man who comes from an era where certain comments he made were culturally ‘acceptable’, but the fact he had a sketchy history in that regard means that there’s a bunch of people celebrating his death on Twitter.

It is with deep sorrow that Her Majesty The Queen has announced the death of her beloved husband, His Royal Highness The Prince Philip, Duke of Edinburgh.

His Royal Highness passed away peacefully this morning at Windsor Castle. pic.twitter.com/XOIDQqlFPn

Amid the condolences and respects being paid around the world, it’s pretty fascinating to see this kind of reaction under the official Royal Family Twitter account’s announcement, not to mention the crazy amounts of Likes & RTs some of these comments are receiving:

Gone too soon, we love you hun, here if you need anything x

deeply saddened to hear it was peaceful. He deserved so much more (pain)

He deserved all the pain he inflicted upon the world. His death was overdue and far too peaceful.

How it started : How it’s going : pic.twitter.com/xDtKuGuHWu

Uk twitter is about to have a field day boy

ok so prince phillip just passed and everyone’s joking about it but i don’t think that’s the right thing to do, u should also buy some champagne maybe order ur favorite food. make a day out of it

deeply saddened to hear it was peaceful. He deserved so much more (pain)

left twitter is the best on days where someone terrible has died. i think it’s our speciality tbh

I spent half a second being silent, while I read the headline, then I cracked open a cold one and laughed

Welp, unfortunately this is the sort of cancer you get on Twitter these days. I mean fair enough if you dislike the guy, but let’s not forget that’s still someone’s husband, father, grandfather, friend and all the rest of it. Not to mention he was a World War 2 hero, RAF pilot and President of the World Wildlife Fund. Probably a bunch of other stuff too that I don’t even know about. Going on like he was Hitler or something? Come on now.

For the creepy four-year-old who claims he’s the reincarnation of Prince Diana, click HERE. Wonder who Philip will be reincarnated as?