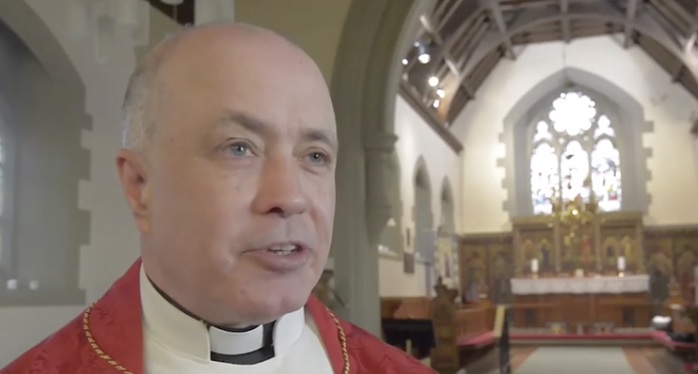 This is fast becoming the most controversial moment of 2017.

You probably saw earlier on today that Greggs had been forced to apologise over the fact that they had inserted one of their sausage rolls into the nativity scene for their new Advent calendar.

Most normal people probably saw this as a lighthearted joke to promote their calendar, but it seems like a lot of religiously inclined people out there have seen it as borderline sacrilege given the outcry that has erupted against it. One such character is Reverend Mark Edwards from Newcastle, who decided to appear on television to talk about it.

Take it away Mark:

Nice use of the word ‘unbelief’ there. Pretty sure that’s not a real word there guy.

I’m also kind of in unbelief myself that anyone could get so upset about this because it kind of seems like a Brass Eye sketch, but the guy is so serious and affable I’ve gotta believe that he’s telling the truth. I suppose you can’t mess with religious imagery because people really, truly do lose their shit completely over it. So it goes.

For more on the Greggs Advent Calendar, click here. Sounds like a good offer – if you can get past the imagery of course.