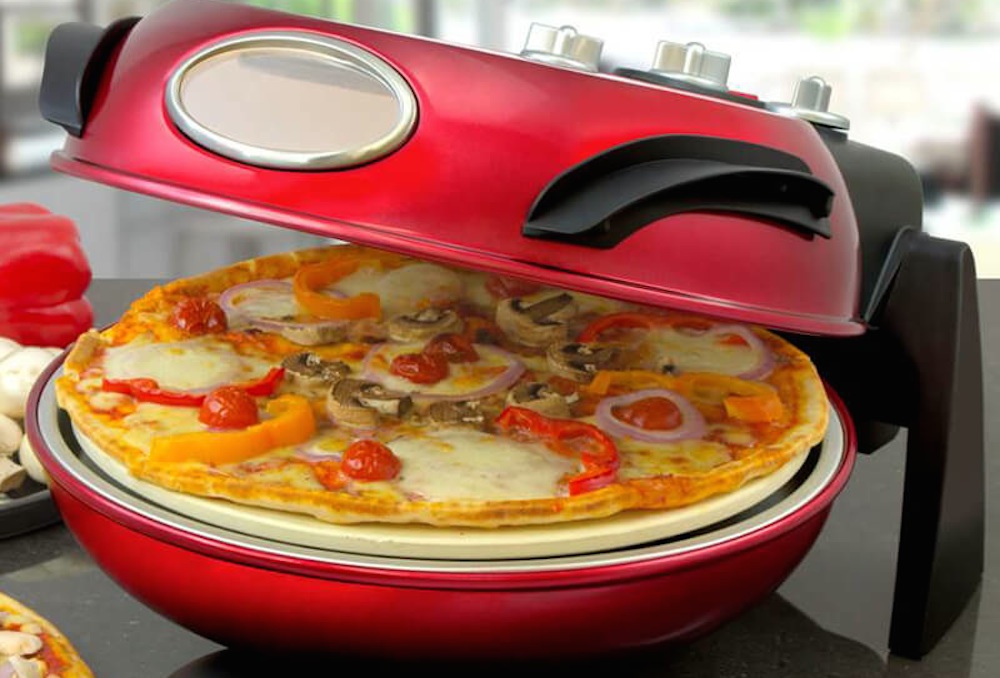 It promises the authentic flavour of traditional pizza in your own home. Could it deliver?

Crafting a homemade pizza is one of man’s brick walls in the proverbial cooking world. You have to be both patient and delicate in its creation: two skills I – and I’m sure many other men – severely lack.

Luckily for me and my pizza-making compatriots, Prezzy Box have released the Rotating Stone Baked Pizza Maker to make creating a pizza simple and quick. Plus it gives your pizza that crispy bottom it’s so hard to obtain.

As soon as word reached me about this mysterious new pizza-making contraption, I was keen on giving the fella a test drive. I contacted the fine folk at Prezzy Box and with some persuasiveness I managed to track down a Rotating Stone Baked Pizza Maker for a few hours down at a local hotel.

Discretion and subtlety were clearly not what the Rotating Stone Baked Pizza Maker was created for – this was the Ferrari of the stone baked pizza making world. A large, red, spherical machine, raised by clumpy feet, with viewing glass to witness the creation sat alone on the kitchen top.

It looked flash, yes, but if you’re paying £89.95 for this when a traditional pizza stone costs less than £20.00, you want more than looking good. You want the “authentic flavour at home” Prezzy Box promises. 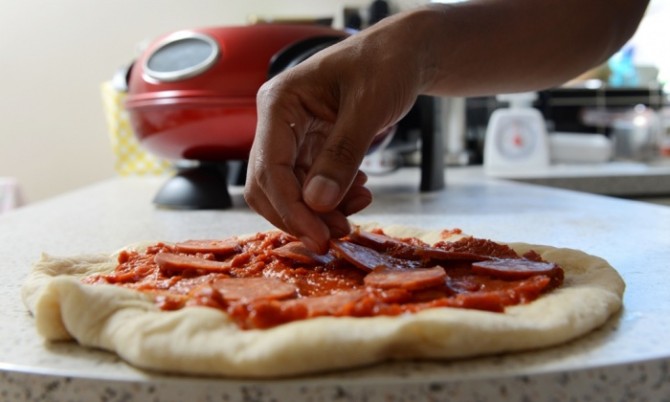 I began by pushing up the dials and pre-heating the stone for the recommended fifteen minutes, before my impatient side powers through after ten and I slide my pre-made base – covered in tomato puree, ham, chicken and jalapeÃ±os – onto the stone.

I gazed through the viewing glass in awe as the ham and chicken began to crisp. Ten minutes in and the machine sounded like it was struggling. After five minutes of irritating clicking, I open the lid, as if opening a Pokeball, and relieve the Rotating Stone Baked Pizza Maker of its duties.

The severely burnt crust corresponding with the severely undercooked centre in the first thing I notice as I slide my pizza onto a plate. Prezzy Box were right when they promised the crispy base and crust, it was fucking solid. It would literally shatter my teeth. As for the centre, the ham and chicken were cooked perfectly, but laid on a wet tomato-y base, they looked pretty unappetising.

I repeated the process another four times, with different size crusts and more and less puree, none of which, unfortunately, created an edible, appetising pizza.

If this is the “authentic flavour at home” Prezzy had promised, then sorry, lads, you’ve got this is all wrong. Maybe we’ll just stick to the pizzaburger next time.