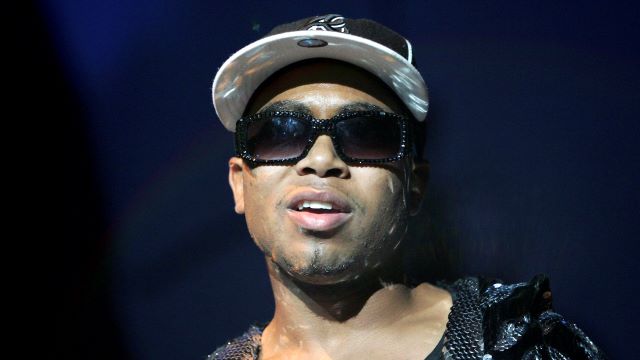 Remember the R&B group Pretty Ricky? They were a one-hit wonder of the mid 2000s with their song ‘Grind On Me’, from which I guess royalties have run dry because one of their members has just been busted scamming the government for PPP loans.

According to XXL, rapper Baby Blue Whoaaaa, formerly known as Baby Blue, is accused of participating in a scam to file fake loan applications to obtain millions of dollars meant for small businesses during the pandemic.

According to the U.S. Department of Justice on Tuesday, Baby Blue, born Diamond Blue Smith, 36, and another man were charged with wire fraud, bank fraud and conspiracy to commit wire fraud and bank fraud after seeking more than $24 million in Paycheck Protection Program (PPP) loans.

The dumbest part is how indiscreet he was about it – making massive cash withdrawals and even buying himself a brand new Ferrarri:

The singer allegedly withdrew $271,805 in loan funds as well. In addition to the aforementioned loans, Baby Blue allegedly bought a $96,000 Ferrari, which was seized at the time of his arrest, as well as other luxury items from the loans he received.

The entire scheme was pretty elaborate and involved a bunch of other people:

The scheme allegedly involved the preparation of at least 90 fraudulent applications, most of which were submitted…

The government also states that Baby Blue enlisted cohorts to file for loans allowing him to receive kickbacks or illegal payments used as compensation for a transaction or service. Eleven other people are involved in the case.

Sounds like Baby Blue got a small taste of the good life back in his Pretty Ricky days and was desperate to taste those highs again. Unfortunately he thought the best way to go about it would be to scam the government out of millions of dollars and then be unbelievably careless and flashy with the money.

Will Baby Blue wind up in jail over this? Probably not. He’ll be ordered to pay the money back, file for bankruptcy, and that’ll be that. That’s just how these things work.

To meet rapper ‘Selfmade Kash’ who wears a gold credit card chain around his neck and who was also charged with fraud, click HERE. Oh sweet irony.