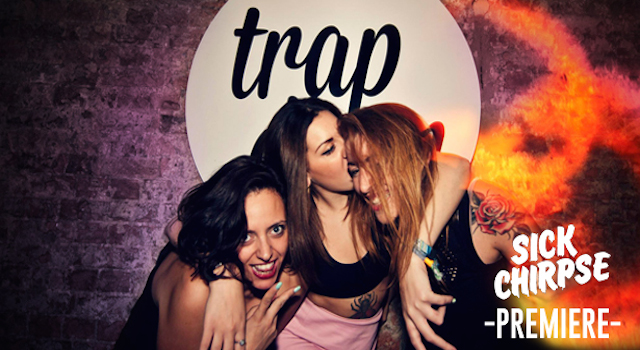 Finding a good music label now a days is like finding a shiny Charizard in a Booster pack, it’s a proper rarity. What with the amount of labels that have started up off the back of the success of genres such as Deep House & Dubstep, the scene has been diluted. But every now and then, a label comes along that produces solid, original and exciting music. Trapdoor Records is one of them.

Trapdoor’s back catalogue reads very impressive with releases from Shackles, Stooki Sound, Tigerblood, Mincha, Maxx Baer & more. They’ve pushed their reach to the limit and extended their Soundcloud following to an impressive 50,000 followers in only two years and established a reputation as one of the most varied and intriguing labels around.

The album presents a spectrum of sounds from across the globe, all tied together by one shared attribute; a love for new & exciting electronic music. Whether from London, Atlanta, Paris, Montreal, Sydney, Beijing or Rotterdam, the uprising roster of artists put the time in the studio to produce a cohesive body of work that boldly stakes it’s claim within the electronic and bass genre.

The album starts off with a nice gentle vibe in the form of Acid Love by Tev Woods & Steven Sober, it’s a graceful track with soulful vocals that make you bop your head, attention caught. Delve deeper into Trapdoor Volume II and you’ll find the tracks vary between genres whilst keeping the same Trapdoor baseline to work from. OK by Zuper, brings a more Hip-Hop based tempo to the mixing pot, a resound kick and simple yet meticulously placed percussion give it an edge that somehow blends into the lulling sounds of Above courtesy of LYLA & Wulves.

For those of you hoping for something a bit more up-tempo, Trapdoor have delivered in that area too. Maxx Baer’s Mako is a perfect example of the sounds that Trapdoor have become known for. Props to Maxx Baer for this track because the way it’s pieced together is amazing, from the stabbing synths all the way down to the vocal FX that reverberate throughout the whole thing, it’s a clever bit of work that once put together leaves you with one hell of a euphoric track. Howie Lee’s Breathless also shows the variation and wide spectrum of music that Trapdoor offer, it’s a funked out ghetto piece with harmonic synths and a smooth rolling drum beat.

This is a beauty of a release from Trapdoor, and one that I’m sure will see a lot of plays across the world. You can cop it from today at all major digital stores.