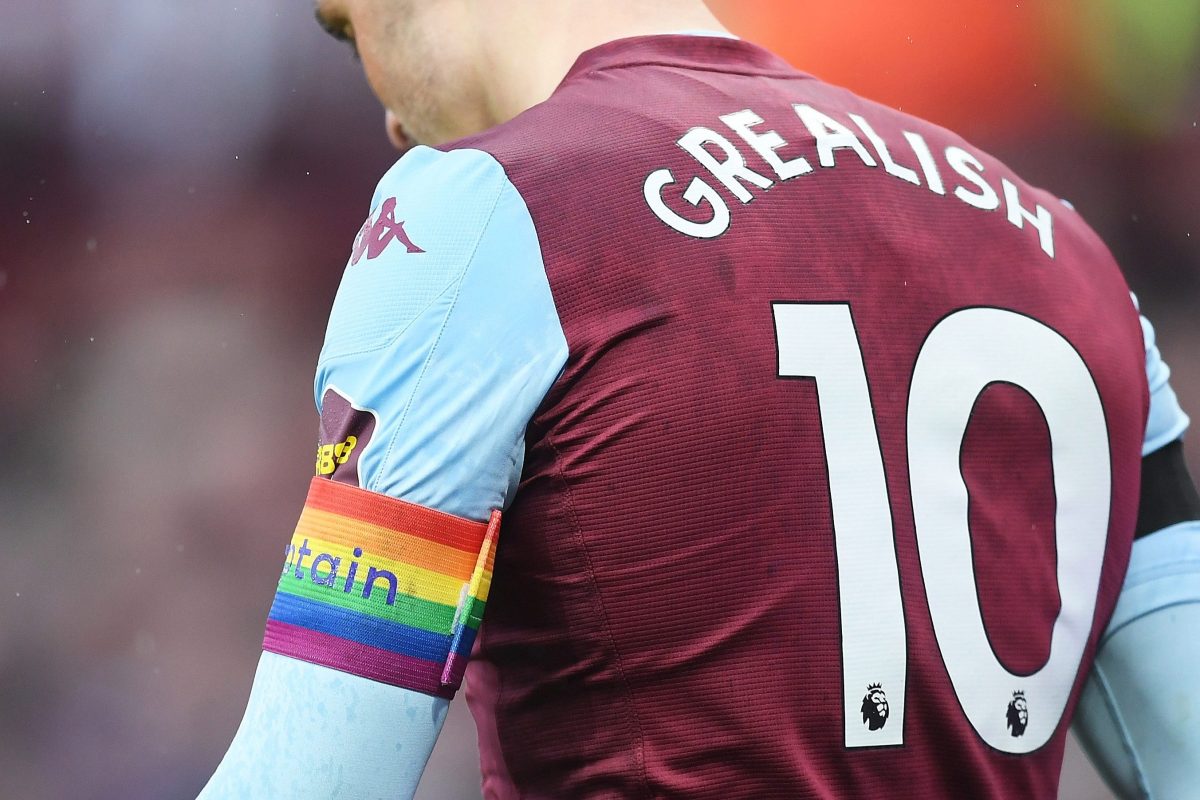 Who could it be?

There’s never been a better time to be gay than in the year of our lord 2020, but even still there remain attitudes that make it difficult for gay men to come out, particularly in the world of football.

Well this week an unnamed English Premier League football released a letter via The Justin Fashanu Foundation in which he discusses the daily torment he feels and how prejudice in football has prevented him from coming out.

Here’s the letter, published in full by The Mirror:

As a kid, all I ever wanted to be was a footballer. I wasn’t interested in doing well at school. Instead of doing homework, every spare minute I had was spent with a ball. In the end it paid off. But even now I still have to pinch myself when I run out and get to play each week in front of tens of thousands of people.

However there is something that sets me apart from most of the other players in the Premier League. I am gay. Even writing that down in this letter is a big step for me. But only my family members and a select group of friends are aware of my sexuality.

I don’t feel ready to share it with my team or my manager. That’s hard. I spend most of my life with these guys and when we step out on the pitch we are a team.

But still, something inside me makes it impossible for me to be open with them about how I feel. I dearly hope one day soon I will be able to. I’ve known since I was about 19 that I was gay. How does it feel having to live like this?

Day-to-day, it can be an absolute nightmare. And it is affecting my mental health more and more. I feel trapped and my fear is that disclosing the truth about what I am will only make things worse.

So, although my heart often tells me I need to do it my head always says the same thing: “Why risk it all?” I am lucky enough to earn a very good wage. I have a nice car, a wardrobe full of designer clothes and can afford to buy anything I want for my family and friends.

But one thing I am missing is companionship. I am at an age where I would love to be in a relationship. But because of the job I do the level of trust in having a long-term partner has to be extremely high.

So, at the moment, I avoid relationships at all. I dearly hope I will soon meet someone who I think I will be able to trust enough. The truth is I just don’t think football is ready yet for a player to come out. The game would need to make radical changes in order for me to feel able to make that step.

The Professional Footballers Association say they are ready to help a player to come out. And they have said they will offer counselling and support to anyone who needs it. This is missing the point. If I need a counsellor I can go and book a session with one whenever I want.

What those running the game need to do is educate fans, players, managers, agents, club owners — basically everyone involved in the game. If I was to make that step I’d want to know that I would be supported at each step of my journey. Right now, I don’t feel I would be.

I wish I didn’t have to live my life in such a way. But the reality is there is still a huge amount of prejudice in football. There are countless times I’ve heard homophobic chants and comments from supporters directed at no one in particular.

Strangely it doesn’t really bother me during the matches. I am too focused on playing. It’s when I get back on the plane or the coach and I have time to think that it gets to me. As things stand my plan is to carry on playing for as long as I feel able to and then come out when I have retired.

It was great last month to see Thomas Beattie raise his hand and admit to being gay.  But the fact he had to wait until retirement tells you all you need to know. Footballers are still too scared to make the step while they are playing.

For the past year I have been getting support from the Justin Fashanu Foundation, not least to cope with the toll this is all having on my mental health.

It is hard to put into words how much the Foundation has helped. It has made me feel supported and understood as well as giving me the confidence to be more open and honest with myself especially.

Without that support I really don’t know where I’d be now. I know it might get to the point where I find it impossible to keep living a lie. If I do my plan is to retire early and come out. I might be throwing away years of a lucrative career.

But you can’t put a price on your peace of mind. And I don’t want to live like this forever.

Damn, that’s deep. I genuinely feel bad for the guy. I mean imagine being in a locker room or a bar with a squad full of straight football players talking about girls, and the conversation inevitably turns to you and you have to fake being interested in women. Can’t be easy or healthy living like that, surely.

I’m not sure I agree with him saying that football isn’t ready for him to come out though. I mean the only thing that’s going to make it ‘ready’ is if people like him grow a pair of balls and just come out with it. I bet if this footballer, whoever it is, came out publicly as gay you’d have more footballers doing the same in no time. I hope that isn’t too patronising to say and obviously he would know more about the situation than I do but still, what’s the worst that can happen? Are the other players going to make fun of him? Are they going to feel uncomfortable around him and in turn make him uncomfortable? I think he might be pleasantly surprised by the outcome, but I guess there’s only one way to find out.

To watch a gay kid beat the crap out of the school bully after he keeps calling him the F-word, click HERE.