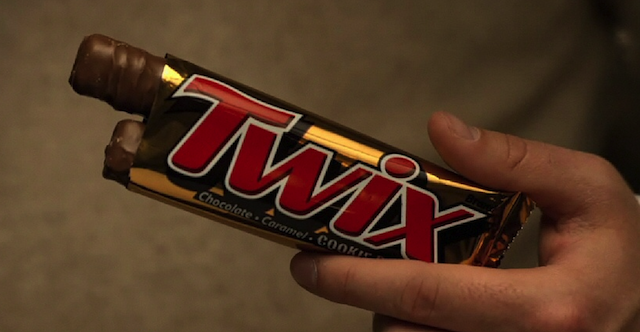 Shocking and unusual revelations from a spurned former lover.

The Sunday Sport published a story yesterday about how an unnamed Premier League star – who allegedly is a household name – enjoys getting Twixes shoved up hit buttonhole during sex. But only if they’re frozen.

It’s kind of unfortunate/lame that said Premier League star won an 11th hour injunction using Brussels inspired human rights legislation introduced by the Tony Blair regime to block the revelations that came from a former lover, as it’s likely that we’ll never find out who it could be. Allegedly you can find out on the internet and in the foreign press but I had a quick look around and couldn’t find his identity anywhere.

The player argued that the Sunday Sport had no right to name him, and the High Court in London ruled that if he was named then he would ‘become a target of vulgar abuse from opposing fans’. Oh cry me a river, don’t footballers have to deal with that every day anyway? The High Court are such party poopers.

What the Sunday Sport is allowed to tell us though is that the player likes the Twix to be frozen for at least three hours before it’s inserted into his rectum. He usually only uses one finger of the chocolate bar, but if he’s feeling extra kinky then he might use two, and he once experimented with a Curly Wurly but didn’t like it because of the complexity of the chocolate bar’s construction.

I really don’t know what to make of that at all because it sounds so stupid you think that it can’t possibly be true, but then it is so stupid that it simply must be true because nobody could make it up, especially the Curly Wurly bit.

So who could it be? Steven Gerrard? Ashley Cole? Wayne Rooney? Juan Mata? Mesut Ozil? Robert Snodgrass? The possibilities are pretty much endless, but if you’ve got any solid leads then leave a message in the comments.