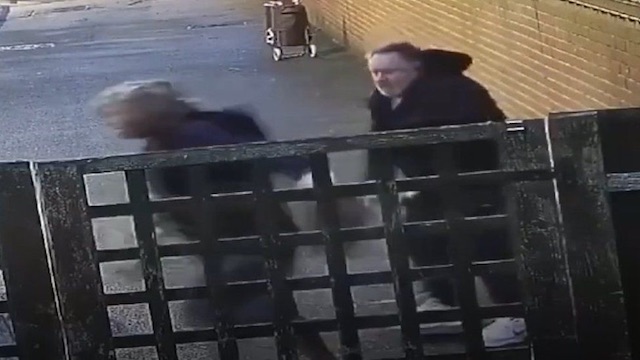 It’s only been a couple of weeks since the horrific kidnap and murder of 33 year old Sarah Everard and there’s now been another seemingly unprovoked attack in broad daylight on another woman in London.

This time the assault took place in Stamford Hill, North London where 20 year old pregnant Jewish woman was followed for almost a mile before an unknown assailant put a pillow case over her head and punched her multiple times in the stomach before running off. Fortunately she only suffered minor injuries, but has been left deeply traumatised by the incident.

The man himself has not yet been identified but you can see a picture of him above and there’s a video below of the incident too, although we must warn you that it’s actually pretty upsetting:

What the fuck is that bastard actually trying to do there? Truly sickening footage and I emplore you if you know the guy to report him to the police so that he can get arrested and face the consequences of his actions. Absolutely unbelievable that someone is doing something like that so close after the Sarah Everard thing, but I guess the urge from some men to assault women is just something that won’t go away? Rank.

Rabbi Herschel Gluck said the following about the attack:

It was a violent and brutal attack

The victim has been followed for over a mile by her attacker.

She is a young woman, she has never experienced anything similar to this in her life.

There have been seven such incidents against Jewish women and girls in the last month.

Geez. Kinda crazy that these attacks haven’t been more well publicised. Hoping that this guy was responsible for them all and is found soon and arrested. Really scary out there.

For more of the same, check out this football coach who was attacked and got nonse carved on his back. Brutal.