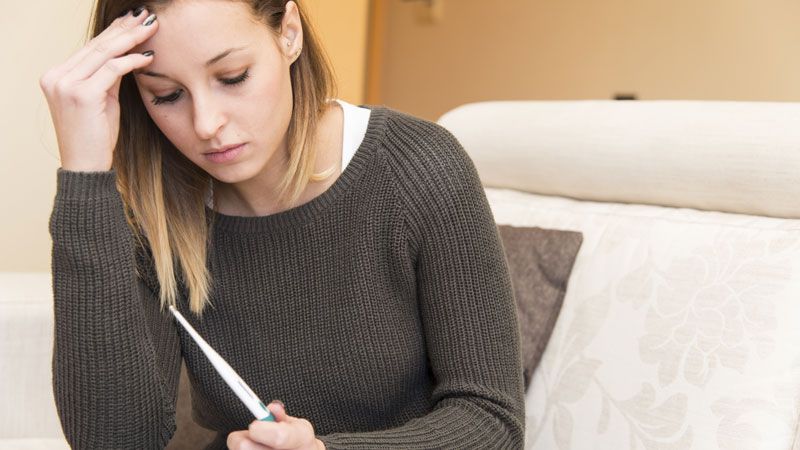 As far as pregnancy announcements go, this could not have gone any worse.

Pregnancy announcements on Facebook are a HUGE deal for those making them. It’s their moment to shine on social media and let everyone know about all the big and exciting changes happening in their lives.

That’s pretty much what this young lady was going for, only she didn’t count on her co-worker getting involved in the status and ruining everything.

Here’s how it played out: 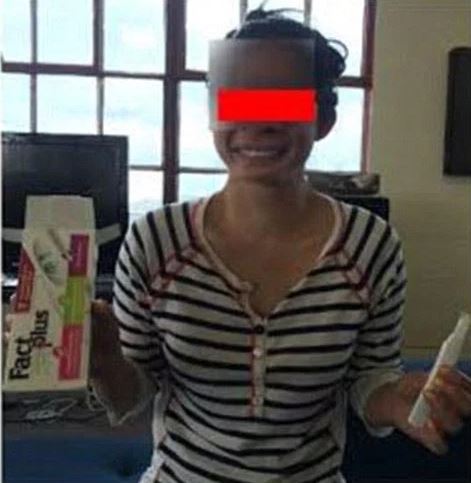 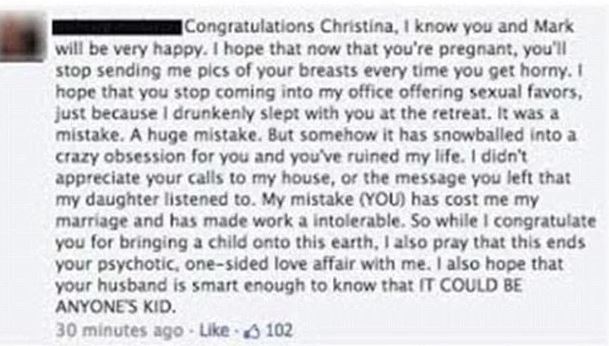 The thing is though, while it does sound like Christina’s behaviour ruined this guy’s life (discounting the fact he willingly slept with her too), I’m not sure I agree with his assertion that this was “the right thing to do”. Even if he had to say something, pretty sure there are better ways to do it than on a public Facebook post. Seems just a tad OTT and vindictive.

Also, there’s no way Mark doesn’t already know he’s married a crazy bitch. That’s probably what he likes about her. But I’m sure he appreciates a stranger telling him anyway.