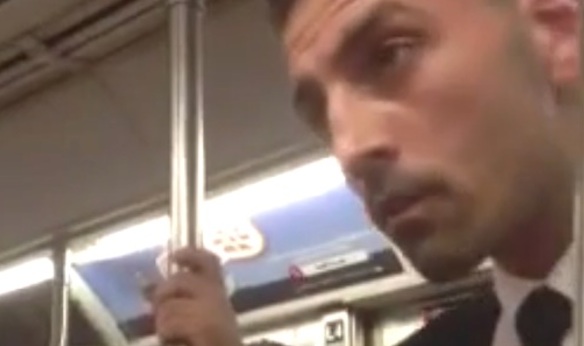 This has got to be one of the weirdest and most inadvertently creepy videos we’ve ever shared on the site because it’s like something out The Sopranos or a gangster movie.

It’s basically a dude in a sharp looking suit rocking up on the train to a woman who’s selling roses – she’s got 140 for a dollar each. Instantly he whips out $140 and buys all of them, then tells her to give them away free to everyone on the train before exiting as quickly as he got there. The woman ends up bursting into tears which makes it even more uncomfortable and kind of makes me feel that she might not just be overcome by her emotions but might actually be in on the know about something – like the fact that this guy buys 100 roses from her every time he’s had someone’s family killed or similar.

I know that’s putting two and two together and coming up with a hell of a lot more than four, but just everything about it resembles a scene from a mafia movie and you can’t deny that. I just wish there was some way to find out the truth about it, like when one of our writers inadvertently ended up working for the Chinese Mafia.