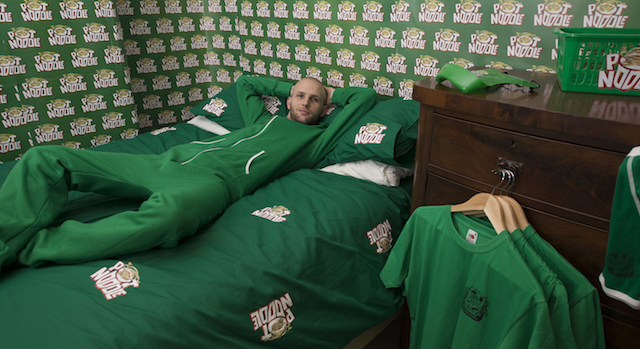 The winner of the first ‘Pot Noodle Scholar’ competition has been announced, but is this an honour even worth claiming?

Earlier in the year, you might remember that we ran an article about a competition that Pot Noodle were holding to find the ‘Pot Noodle Scholar’. The prize was pretty sweet – the first year of your university tuition fees paid for in full, as well as the honour of being the ‘Pot Noodle Ambassador’ (more on that later) – but it sounded kinda hard to win as you had to make a video about what you could spend doing in the four minutes that it took for your Pot Noodle to cook.

After an internet vote and a final round of judging from, John Moore from SOAS became the Pot Noodle Scholar by submitting a video in which he goes on a frantic mission to recover the last ever pot noodle in the world, before he fortunately wakes up to find out it was all a dream and his Pot Noodle is safe and sound on his coffee table. Phew. It’s got a pretty wacky soundtrack.

â˜› More Of The Same: Weirdest Videos On The Web – Street Walking

John was pretty stoked to become the Pot Noodle Scholar: ‘Student life isn’t always easy, juggling study with part-time work can be tough – especially with university fees rising. Not only will this prize actually make a real difference to my life, I get to complete some insane tasks, have a laugh and become a campus legend with it!’

However, is becoming the Pot Noodle Scholar that good a prize? Sure, obviously the prize of having your tuition fees for your first year stricken off is awesome, but is it actually worth it considering what you actually have to do? It was mentioned in the competition blurb that winner would be a full brand ambassador and ‘live, breathe and sleep Pot Noodle’, by doing a bunch of promotional activity and wear a bunch of Pot Noodle stuff, but I’m not sure if they would have quite known the extent of what this actually meant.

If you take a look at the pictures below you’ll realise that Pot Noodle have literally taken over every aspect of John Moore’s life – his bed sheets, his bike and his clothes are all now emblazoned with the Pot Noodle logo, as are his trainers, wallpaper and apparently the condoms he uses too. Now, I know Pot Noodles are kinda useful and good when you’re in a scrape, but it’s hardly the coolest brand that you want slapped onto everything you own is it? I think it’s highly possible given this development that John might be remembered as a different type of campus legend than the one he was hoping for and that people are probably more likely to be calling him ‘That Pot Noodle dickhead’ than ‘The Pot Noodle Kid’ or whatever cool nickname he envisioned himself coining for the role.

To be fair to the guy though, he has got a chance and it is possible that he might be able to make it work for him. That video he made was pretty wacky and fun right? And these kind of people are always wacky and fun, and sometimes seem to kind of well for themselves, despite most people thinking that they’re twats.

Good luck dude, but judging by these pictures you might have to try pretty hard to make friends and get laid next year.

â˜› Maybe Try Reading This: How To Chirpse Girls In College 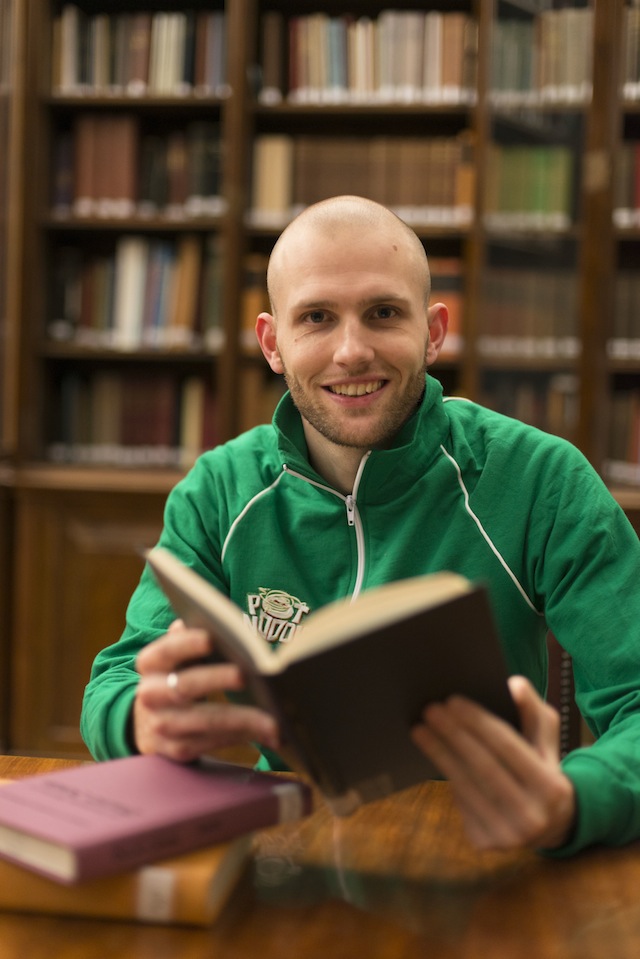 There’s a whole photo shoot on the next page: