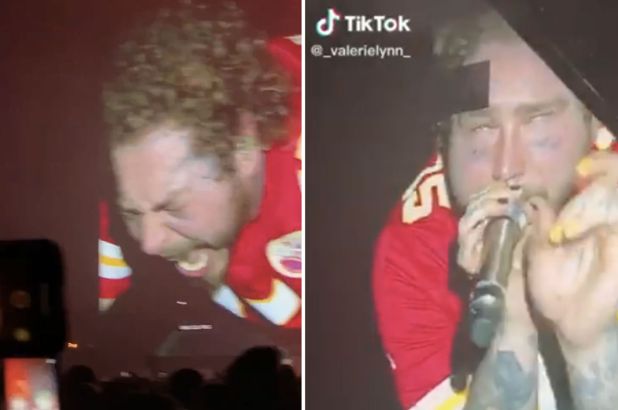 This does not look good.

Accidental drug overdoses are not uncommon among young rappers, with Lil Peep, Mac Miller and Juice WRLD all needlessly losing their lives over the last few years.

So you can forgive Post Malone’s fans for being a little bit concerned about him after recent concert footage showed him absolutely off his face on several occasions:

Post Malone is going through some s*** and some people think this is normal for him. I found this hard to watch and I pray he gets the help he needs. We can’t lose another one🙏 #postmalone pic.twitter.com/S8DWoyqNeV

Yikes. Someone call Post Malone’s mum because that’s a guy who’s obviously doing too many drugs right? Apparently not, according to the man himself who addressed concerns last night:

everyone wants to make something out of everything. Hes an entertainer, let him entertain #PostMalone #postmaloneconcert pic.twitter.com/jJEtJLLljc

Well that’s that then? Could have fooled me for sure. I thought the fact his eyes were rolling into the back of his head and he’s falling over on stage and just generally has the swagger of a heroin addict meant that he was on at least some drugs but I guess we have to take his word for it.

Let’s hope Post Malone really is doing OK because he does actually seem like a good dude IRL.

He was even honest enough to recently tell the world he got his face covered in tattoos because he’s insecure. A guy who is that self-aware does not deserve to die young (well nobody does, but Post Malone even less so).