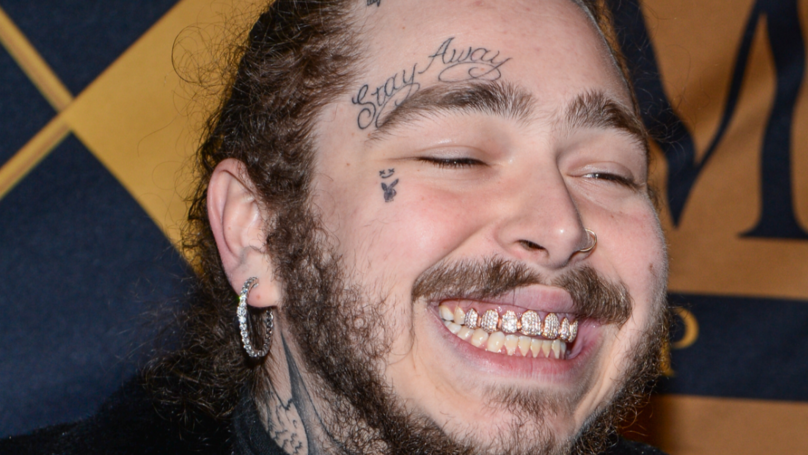 I’ll be honest with you – I’m not really that into tattoos, but I’ll admit when they’re done well they can look completely awesome. It’s just a shame that so many of them are done completely badly and look awful.

This is illustrated right here with Post Malone’s new face tattoo. I think it’s always pretty dumb to get a face tattoo because you literally have to walk around with that for the rest of your life and everyone’s first impression of you is probably going to be that you’re a dickhead, but at least get something cool if you’re going to get one. Not some dumb joke that’s funny for about 30 seconds like Post Malone just did: 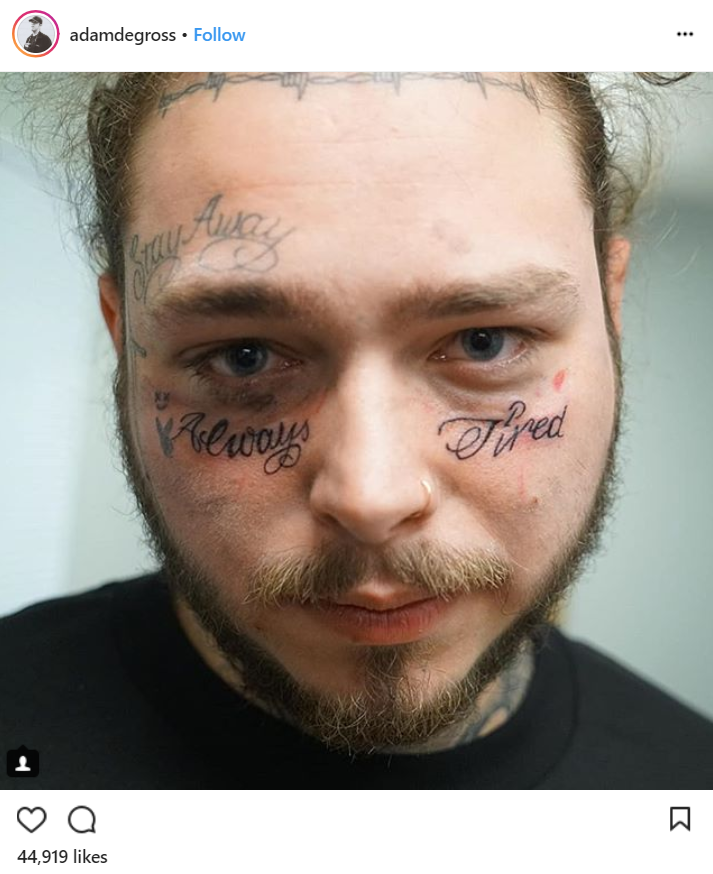 OK firstly, I’ll give Post Malone some props because I don’t think I’ve ever seen a face tattoo in that position before. So nice one for pioneering that. BUT I think there’s maybe a reason why nobody got a face tattoo there before and that’s because it looks completely and utterly whack.

Secondly, we’ve gotta talk about what it actually says. Whilst ‘always tired’ is kind of a funny thing to have tattooed under your eyes – you know, because you have bags under your eyes and look like you haven’t slept – it’s the kind of joke that is funny for about five seconds and then gets less and less funny every time you hear it/see it. And this guy thought it would be a good idea to get that tattooed on him forever. Think about that for a second.

For more awful face tattoos, check out 31 of the worst facial tattoos of all time. Surprisingly worse that Post Malone’s.