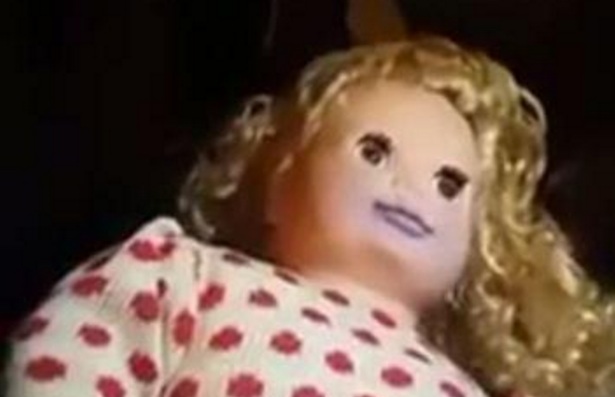 Villagers over in Peru have claimed that a creepy Chucky-style doll has come to life despite the fact that its batteries have been removed.

According to reports, the possessed doll started talking, blinking and rotating its head on its own. In the viral video, the doll appears to respond to a man’s questions as it’s sat on a park bench. When one of the locals holding the doll turns it over to check the battery section, she confirms that it’s empty.

What’s worse is that the villagers claim the doll was saying phrases such as “I’ll bring you happiness” and “Where am I?”

All kinds of NOPE:

Keep that thing away from me – it’s like Chucky in real life.

In all seriousness though, it’s probably just some sort of technical fault, but it’s fun to play along. And I still wouldn’t like that thing lying about my house – dolls are creepy, batteries or no batteries.