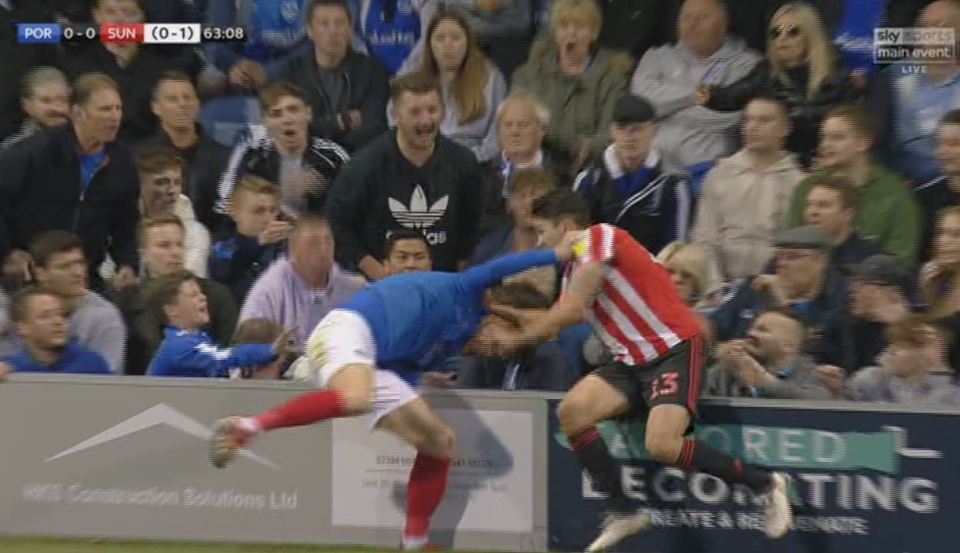 A Portsmouth fan kicked and punched Sunderland’s Luke O’Nien during the League One play-off clash at Fratton Park the other day.

During the second half, O’Nien went flying into the crowd during a tussle with Portsmouth’s Tom Naylor, and here’s what happened:

Welp, they don’t call them hooligans for nothing.

Police were called to the scene and stood close to where the incident took place, but amazingly the fan was allowed to stay and watch the end of the game.

Hampshire police are now investigating the incident, and have identified 50-year-old Pompey fan David Oppitz as the culprit: 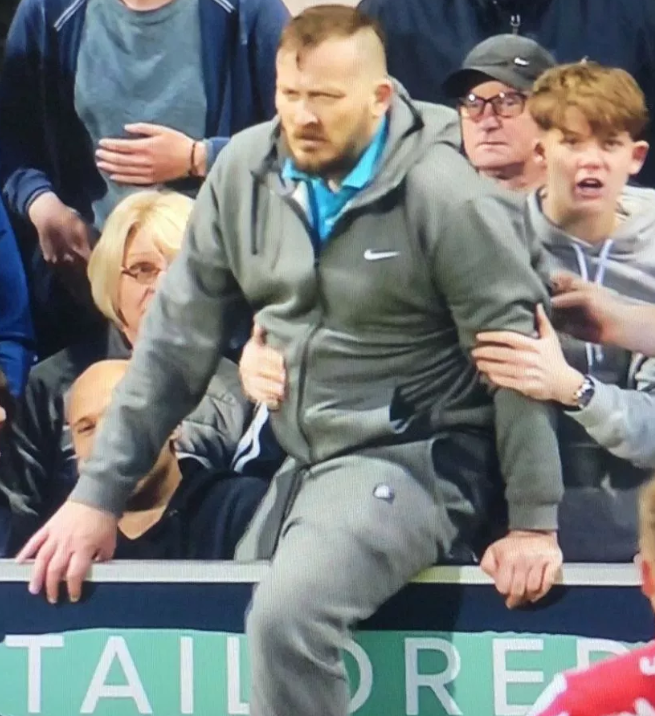 Sunderland went on to secure their place at Wembley after the game ended 0-0, allowing them to go through on their 1-0 aggregate victory. So a nice bit of justice there.

P.S. Have you seen Sunderland Till I Die on Netflix? It’s quality:

For the Sunderland fan who literally dropped his trousers and took a fat dump in the stands, click HERE. Hard times.