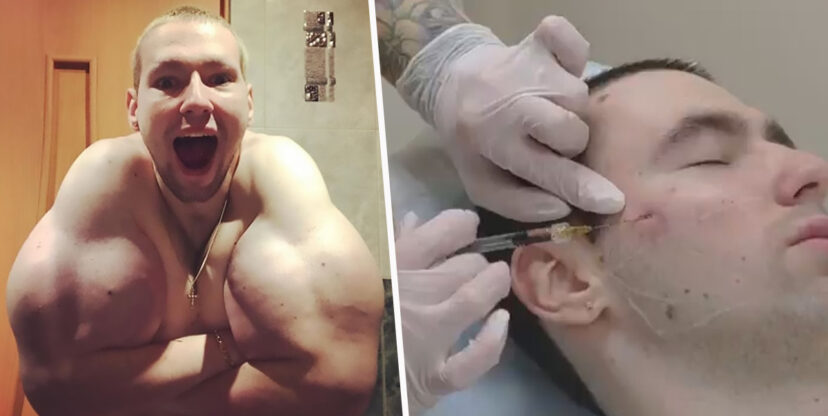 The Russian ‘Popeye’ bodybuilder – a nickname given to him because he injected synthol into his arms and looks completely grotesque because of it – recently said he had surgery so his arms would stop looking so stupid, but it turns out that he’s at it again with the news that he’s getting injections in his face now.

23 year old Kirill Tereshin revealed the news on his social media, telling us that he had the injections as he wanted more defined cheekbones: 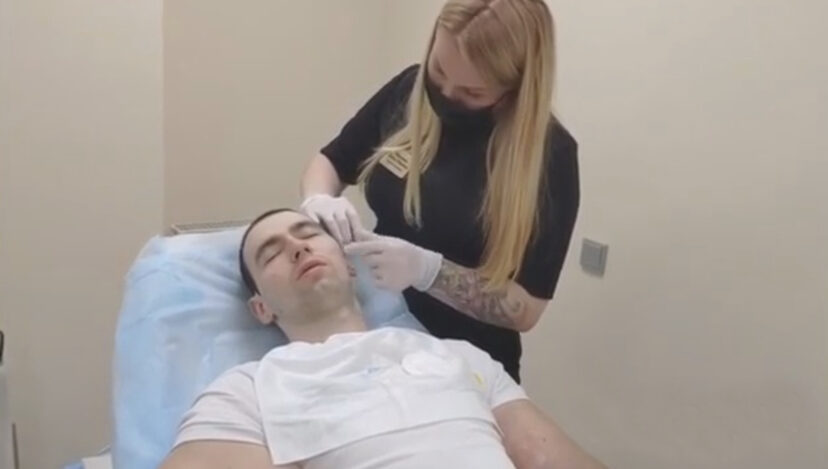 I underwent treatment to reshape my cheekbones.

The procedure was completely painless, and I was very pleased with the results.

Well I suppose at least he’s getting a professional to do it this time and not just pumping petroleum jelly into his arms willy nilly and hoping for the best. The thing is, if he had such a bad experience with surgery and injections last time you would think that he might have learned his lesson, but if he’s getting injections into his cheekbones soon afterwards it would seem that he hasn’t.

With that in mind, it seems fairly obvious that it’s only going to be a matter of time before some of these injections seriously screw Kirill up, possibly ending in his death. Seriously hope that doesn’t happen, but I’m not sure how I can tell him that he’s being a total idiot and screwing up his life by doing this. We’ll see I guess.

For more of the same, check out the Russian Popeye’s first MMA match. Supremely embarrassing.