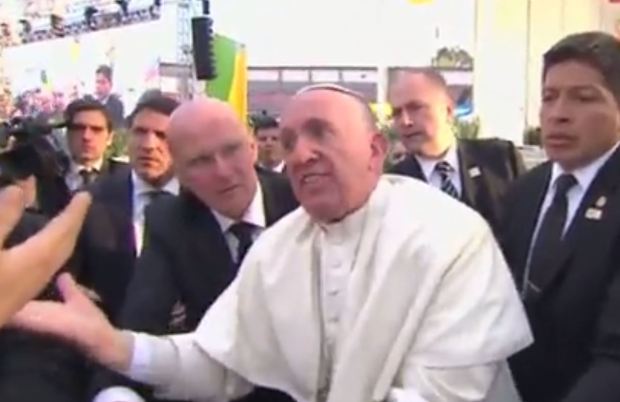 The Pope just lost his cool in public for the first time ever.

The Pope just publicly lost his rag for the first time ever after a crowd of people manhandled him during his visit to Morelia, Mexico.

He was on a walkabout in the city when someone grabbed his robe and pulled it and caused him to fall onto a man in a wheelchair.

What a rock star. One second you’re walking around healing lepers and kissing babies and the next you’re getting dragged into the mosh pit by crowds of overzealous Christians who can’t control themselves. Come on guys, The Pope isn’t a piece of meat! Despite what these nuns he had to physically fight off with a stick will tell you.

P.S. Might want to get a new security team.