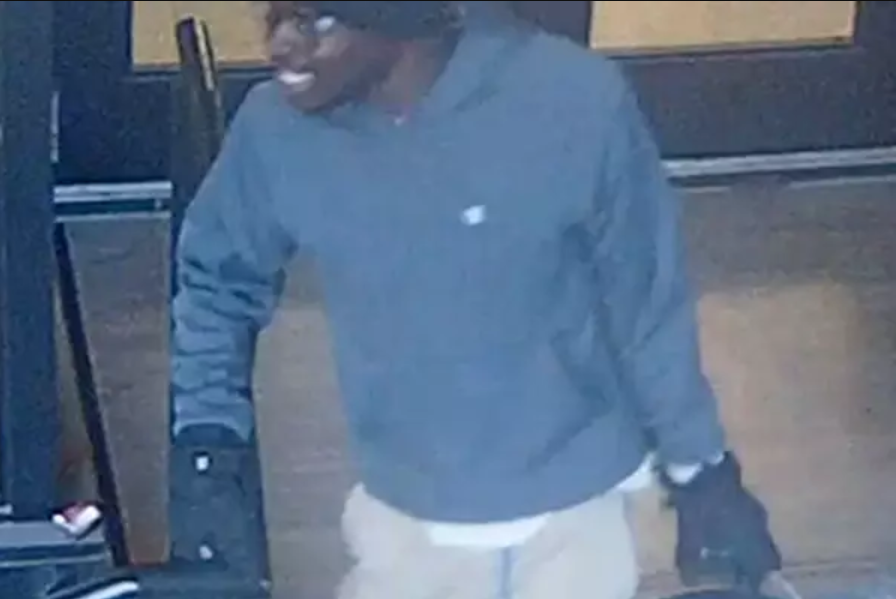 Universities are on high alert.

We may have our fair share of problems here in the UK with knife crime and moped robberies and whatnot, but one thing we can be grateful we don’t have is serial poop throwers going around and throwing literal shit in our faces.

Meanwhile at the University of Toronto and York University in Canada, security is on high alert right now.

Toronto police have released photos of a man suspected of dumping a bucket of feces on a person at York University’s Scott Library Sunday. They are asking for the public’s assistance in identifying him. Previous story: https://t.co/0S1VY75Laq pic.twitter.com/ErJRKWtEnE

Police have released a photo of a suspect after people at two Toronto universities had feces thrown on them last week.

Investigators are looking into whether the two cases are connected. Police haven’t yet said if students were the intended targets of the attacks, although York University confirmed that the victim on its campus is a student.

The first incident happened last Friday, when fecal matter was thrown onto someone at the University of Toronto in the Robarts Library cafeteria.

Jason Huang, a fourth-year life science student, told CBC News that he was sitting in the cafeteria when he saw a tall man wearing a yellow construction hat run up to someone and dump a bucketful of brownish-yellow liquid on them.

“We didn’t know what it was then … and then the smell just hits,” Huang said.

The man in the construction hat was laughing and ran off, he said.

“He was laughing … like giggling loudly,” he said. “[A] scary kind of laugh.”

The term ‘nightmare fuel’ gets thrown around a lot on this site, but having human shit thrown at you while the attacker runs off laughing like a maniac? Nightmare fuel to the fullest IMO.

The second incident happened two days later on Nov. 24, when a person at York University also had feces thrown on them while they were in the Scott Library.

A York University spokesperson said the incident happened around 5 p.m. ET and that campus security was dispatched to deal with the situation.

Two videos captured after that incident and shared online show some of the fecal matter left behind on an empty chair and a number of shocked students packing up their stuff to leave the area.

A video went up on Reddit showing the aftermath with brown fluid splashed all over the library at York uni – maybe don’t look at the following image if you’re eating? You have been warned: 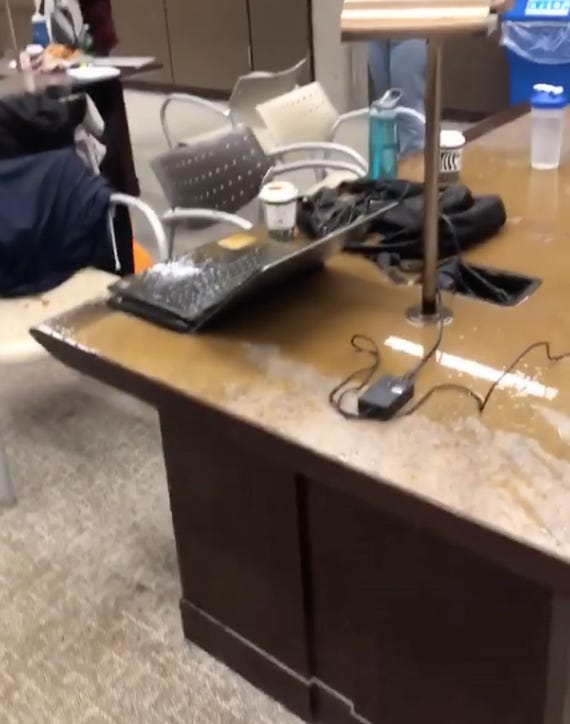 According to Narcity, there was also a third incident where the attacker threw shit at a student walking by the University of Toronto main campus.

What would you even do if someone threw shit at you and it splashed all over your face? I think I’d have to go find a carwash and just stand there getting blasted for a couple hours. Then I’d disinfect myself in a tub of alcohol, have about 10 skin exfoliation treatments and shower 100 times before repeating the whole process. Then I’d start planning the murder of the guy who threw shit at me because that’s your only realistic response really.

You’d think Canada was one of the friendliest and safest places on the planet but apparently not. Do you think he got the idea from the homeless person in Florida who threw a ‘huge bucket of hot diarrhoea’ into a woman’s face? Please don’t tell me this is about to become a trend…