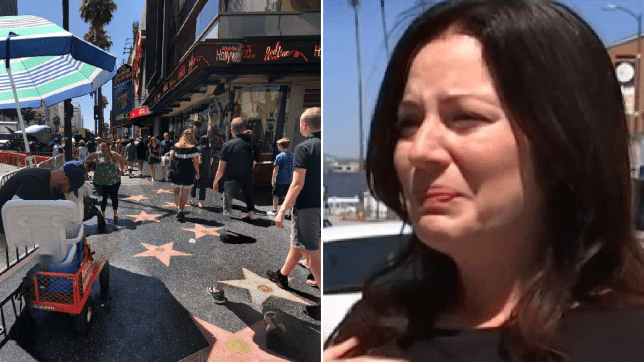 How do you recover from this?

Of all the things that could happen to you while you’re just innocently going about your day, having a bucket of hot diarrhea splashed into your face has to be up there amongst the most horrific.

That’s probably a bit more likely to happen to you in Los Angeles as the city faces a big time homeless problem at the moment. A lady named Heidi van Tassel found this out the hard way this week as she returned from a meal with friends near the Hollywood Walk of Fame.

That’s where her attacker – the inaptly named Jerre Blessings – struck:

Heidi is going to need years of therapy to get over the incident:

It was diarrhea. Hot liquid. I was soaked, and it was coming off my eyelashes and into my eyes.

Paramedics who came to treat me said there was so much of it on me, that it looked like the man was saving it up for a month…

It was all inside my car because it was so much. He just kept pouring it and splattering it all over me…

It’s something I won’t ever forget, it’s disgusting.

Heidi was rushed to hospital and tested positive for infections caused by the poop. She now has to be re-tested every three months to catch any other residual bacteria.

Blessings was charged with battery and taken to jail before being freed on bail.

It’s so traumatic. It was awful, it changed my life.

The PTSD that I’m dealing with is beyond anything that I’ve ever felt.

There needs to be some kind of help for the victims of these crimes.

I will never, ever forget his face. 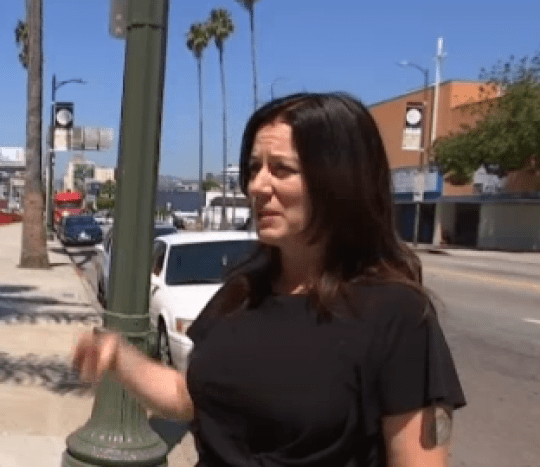 Well what will ruin your day/life for sure. The part that really got me is when the police officer told Heidi there was so much diarrhea over her that it looked like the homeless guy had been saving it up for a month. Just the thought makes me want to puke all over my keyboard. What if he really had been saving it up for month? How did he manage to keep the poop ‘hot’ before attacking her? Did he just leave it out to bake in the sun?

I’d honestly rather just have the shit kicked out of me. Thoughts and prayers with Heidi – hope she gets the helps she needs to come to terms with this traumatic event.

For the man who took a fat shit on an airport floor and walked off while the man behind him slipped and fell in it, click HERE. Tragic.