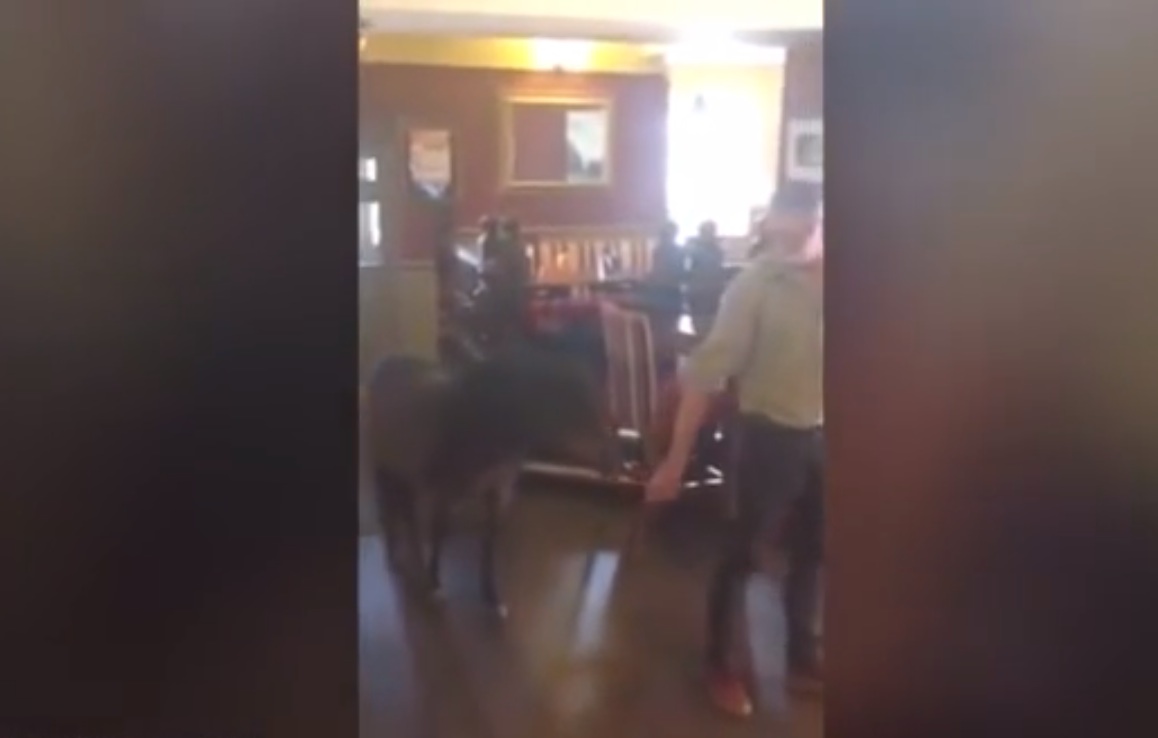 Ponies and people aren’t all that different.

A Shetland pony broke into a pub recently over in Kent, got pissed on leftover pints and then had to be coaxed out by the landlord using pub snacks. So I guess Mocha the pony ain’t all that dissimilar from Dave down the Fox & Hound.

Mocha broke in earlier this week after escaping from his paddock. Pub owner Mihaly Herczeg said he quite literally had to use crisps, pork scratchings and carrot sticks to get the animal out:

Mocha lives in the garden but he managed to sneak in through the back door.

I was coaxing him back into the garden with bits of carrot and bar snacks.

He just drinks water but I reckon if he got the chance he would love beer and apple cider.

And it turns out that the cheeky horse did finally get the opportunity to have a bit of a mindsweeping session before he was caught out. What a little booze horse.

For more on horses, check out the aftermath of a horse nose bleed. Although I warn you, it’s like something out of a horror film.