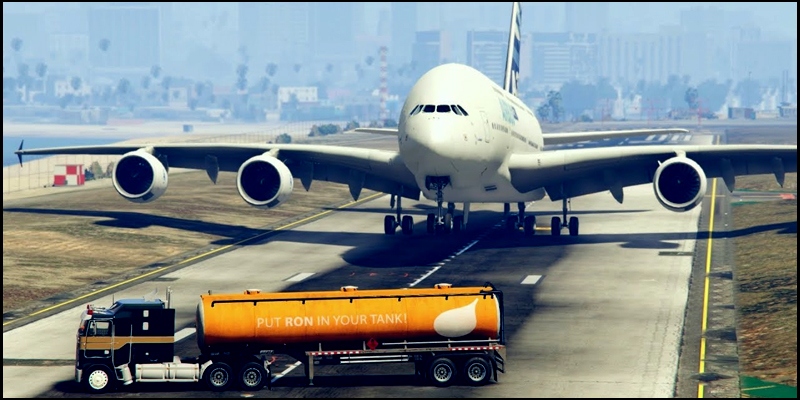 Correct me if I’m wrong, but you don’t need to have played Grand Theft Auto 5 or even any game ever to realise that this clip is clearly from a video game:

OK, the graphics are pretty amazing so maybe at a glance you could be fooled into thinking it was real, but anyone who pays attention to that clip for just a few seconds would know that it is 100% not real life.

Except for Pakistani politician Khurram Nawaz Gandapur, that is: 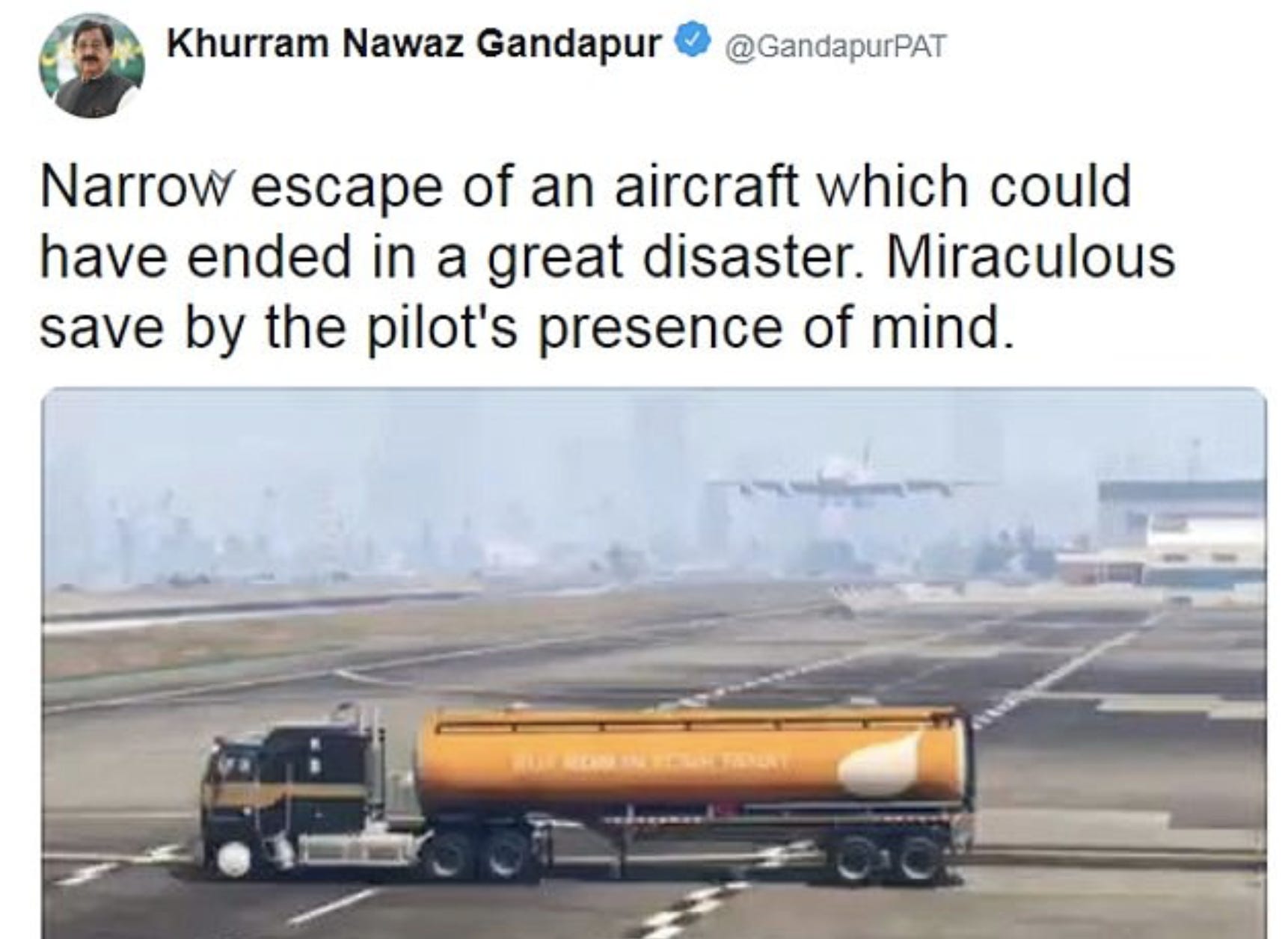 Oh dear. This guy is literally an elected government official and he can’t tell a video game from real life. Here’s his bio under his Twitter handle:

He has since deleted the Tweet (obviously not before it was screenshotted by the entire internet) and then got completely rinsed by Pakistani Twitter for being an idiot: 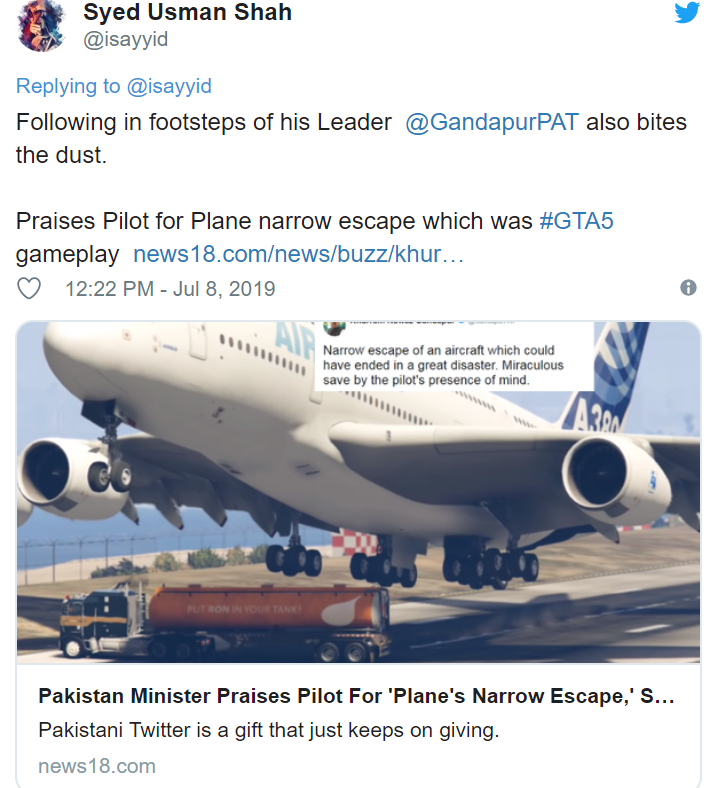 Narrow escape of punjabi plumber accosted by wild reptiles. Miraculous save by the plumber’s presence of mind. pic.twitter.com/xqabh2UH75

Imagine if the plane had actually hit the tanker and exploded and the ‘Wasted’ text popped up on screen – bet that would have properly blown his mind.

He’s not the only politician having a bad week though – Theresa May decided to Tweet about being an LGBT ally. How do you think that went?