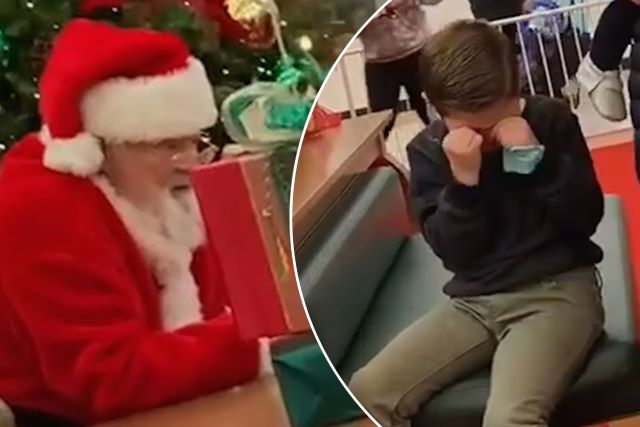 Woke Santa is the worst.

A shopping mall Santa dropped a hammer on a little boy who asked him for a Nerf gun for Christmas – telling him he wouldn’t bring him the toy and reducing the poor kid to tears.

Is he just cranky because he can’t have kids on his lap this year or what?

Liberal Santa sends Young Boy Away in Tears After Refusing to Gift Him a Nerf Gun for Christmas @Hasbro pic.twitter.com/9QbKtxcJGK

Jesus, is that Santa or the Grinch? Come to think of it the Grinch would probably hook you up with a Nerf gun no problem. This Santa Claus has ONE job – to send the kids home happy. All he has to do is say “yes” to every request regardless of his own feelings on the matter. But instead he’s basically trying to have a debate on gun control with a 7-year-old in the middle of a shopping mall. Who the hell asked for a Woke Santa Claus anyway? Just the regular one will do!

Gotta feel sorry for the kid’s mum as well. Probably knackered on her feet all day with a baby and 7-year-old and thinks a visit to mall Santa might put a smile on everyone’s face. Nope – the complete opposite. Your kids are in tears and day is ruined.

The good news is the real Santa got wind of what happened and guess what? The lad is getting his Nerf gun after all. Hooray!

UPDATE: We’ve contacted the boy’s family and they would appreciate that nerf guns be sent to the address below, so they can distribute them to children in need.

MERRY CHRISTMAS EVERYONE! 🎅🏻
My Best Friend Groom & Board

For the man who robbed a KFC dressed as Santa Claus, click HERE. Classic Christmas capers.