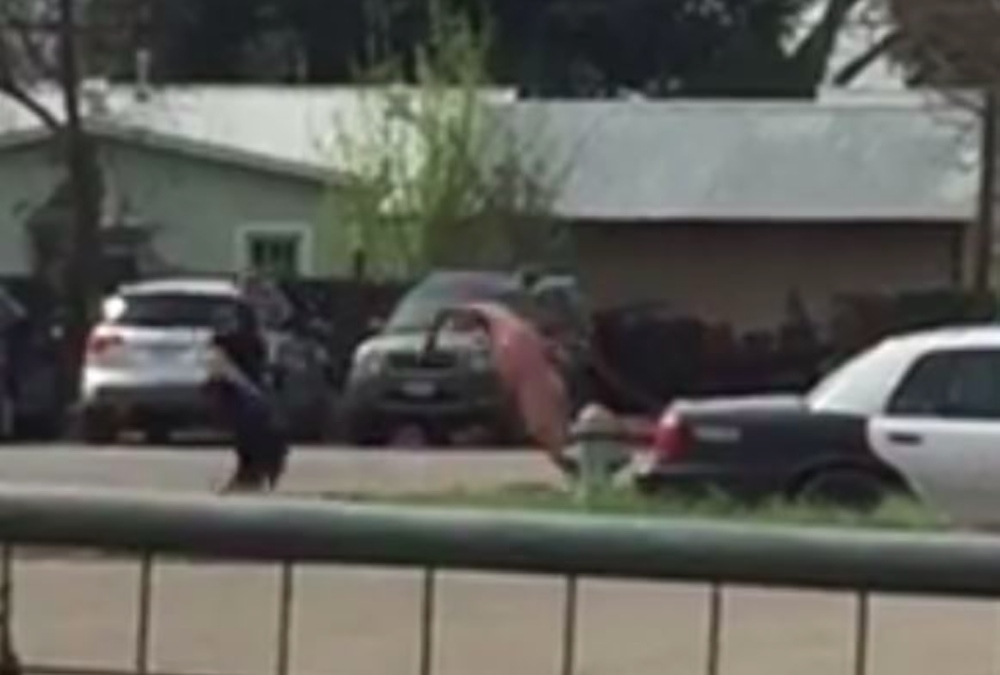 If you’re walking around naked then chances are you’ve got a screw loose or are unbelievably wasted or something.

One thing that is definitely going to bring you back to reality with a bang is getting a taser to your balls though, which is exactly what happens to this naked man in East Austin who thinks it’s a good idea to run full tilt at a policeman who’s telling him to stop. Obviously, this isn’t going to be a good idea at all and it looks like it’s an absolutely terrible idea when you see him writhing around on the floor in pain a couple of seconds later.

Don’t bother next time dude and just run off home to do more bath salts or whatever the hell it is you’re doing. If only there had been some cops with tasers around at a San Francisco subway when this naked guy decided to go on a rampage, it might not have been anywhere near as scary as it looked.