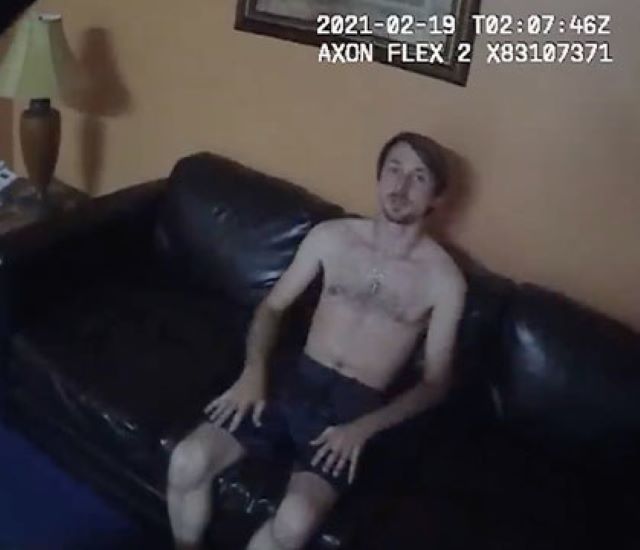 A 13-year-old Florida schoolgirl who went off with a 22-year-old man she met online sparked a frantic search that resulted in one police officer going from motel to motel in order to track her down.

The footage below shows the efforts of Deputy Royce James investigating each motel and eventually hitting the jackpot and finding the girl in a dark room with half-naked paedophile Tyler Thompson:

According to authorities, when Deputy James entered the motel room, the girl ‘ran into his arms and gave him a hug’, which you can just about make out in the footage. Luckily, James had some clue as to where he could find the girl, after initially speaking with one of her classmates who said she had been planning to go to a motel ‘with someone she met online’. A missing child report was filed after the girl’s grandma said she never came home after school, and hadn’t gone to her after-school basketball game.

Tyler Thompson was released from the Volusia County Branch Jail after posting $15,000 bail, which is a bit surprising, because you’d think maybe paedophiles weren’t offered bail after being caught so blatantly red-handed. Yeah OK I know it’s ‘innocent until proven guilty’ and all, but the guy is on camera, half-naked and holed up in a motel room with 13-year-old girl at 2am. Somehow I don’t think he’s going to be able to prove his innocence. Regardless, I’m sure he’ll be back in the slammer in no time. And thanks to this video everyone in there will know who he is! Good luck with that.

To watch a policeman in Colombia chokeslam a man into a wall for not wearing a face mask, click HERE. Bit harsh?