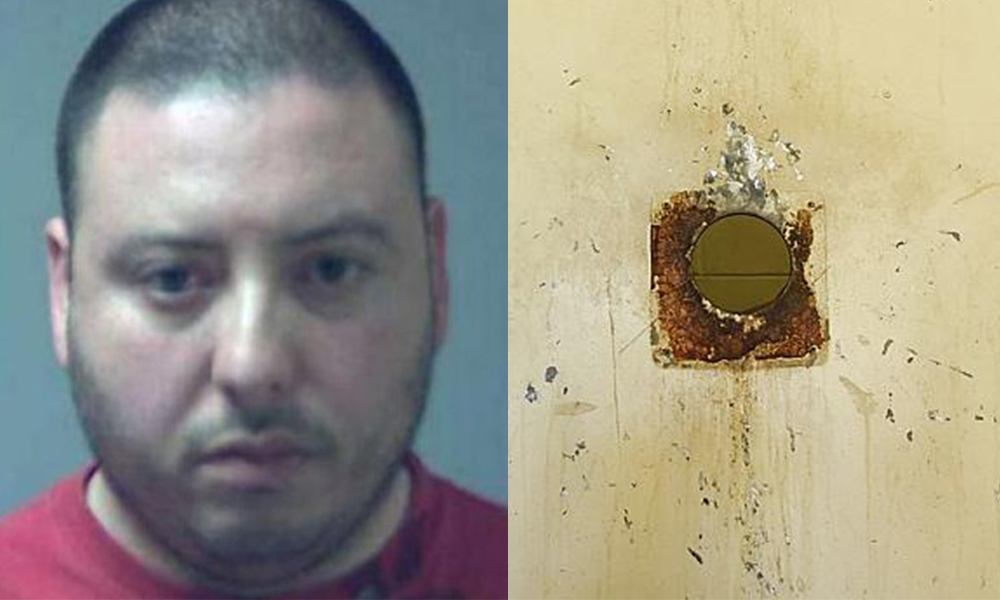 Think twice before you accept that Craigslist offer.

A former Florida cop pleaded guilty this week to pretending to be a woman – tricking men into having oral sex at his gloryhole in a door inside his house. Cracking stuff.

Once they got to his house and let themselves in, they went to a door that had a gloryhole cut into it. Exact details haven’t been released, but I assume one of them is to not speak, as it’s very likely he would get rumbled when they heard his voice.

Not only did he dupe them into getting sucked off by him, he also filmed it, and posted it online. It’s believed as many as 60 men were filmed popping their todger through the hole for oral sex. I wonder just how many men have found out about this court case and are nervously scratching their heads, wondering.

Cerna pleaded guilty to the charges of ‘privacy invasion’, and is due to for sentencing in January.

It’s not the man having gay sex part of the story that’s shocking. It’s the fact he was pretending to be a woman, tricking straight men. And also that so many people went along with something so dodgy.