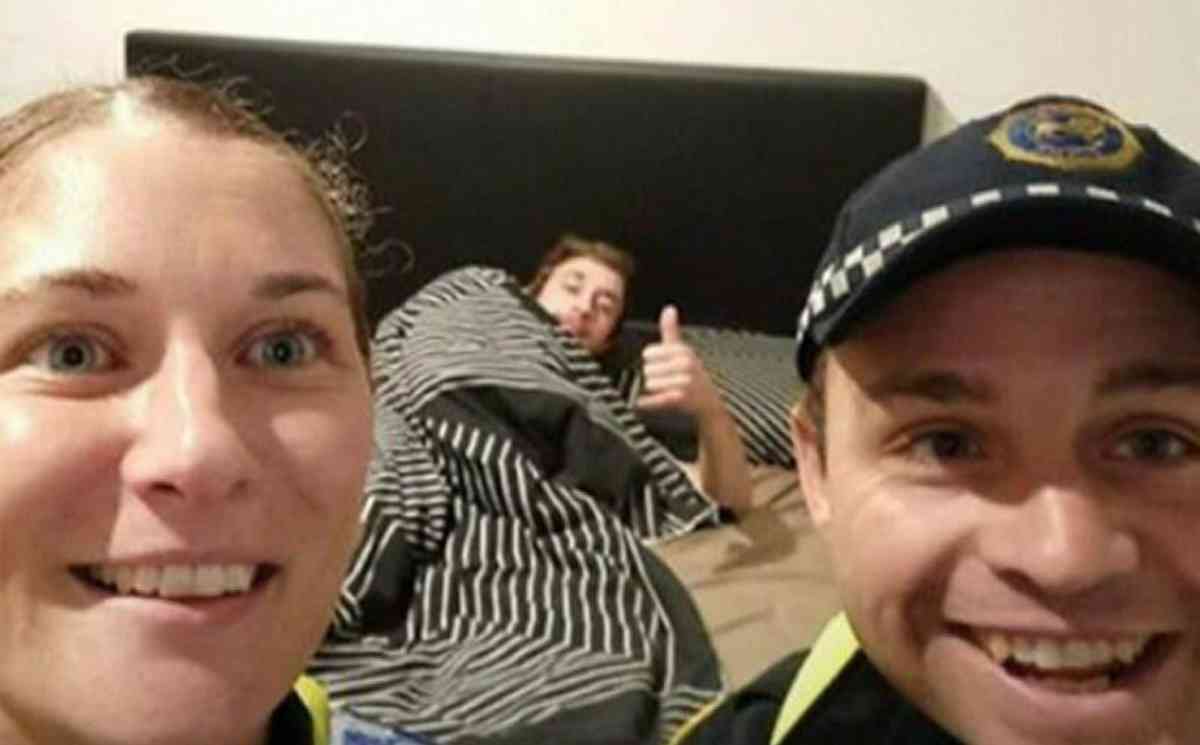 A man over in Tasmania was left confused recently after a heavy night out, when he woke up to find a selfie on his phone which showed the police in his bed.

It all started when two police officers, constables Natalie Siggins and Jeremy Blyth, escorted the drunk man home. They decided the best way to remind him/warn him of his actions was to take a selfie so he could remember how he got there.

To be fair, the picture itself is pure gold – he’s even pulling the Shaka sign. It wasn’t until the Sunday morning that Reece Park scrolled through his phone, where he found the picture.

Of course, the only appropriate course of action was to post it on Facebook, which he did and predictably it has gone viral. He uploaded it with the caption:

So was just looking through my phone and turns out these good cunts took some banger selfies after they took my drunk ass home.

We got called to a taxi.

Sam was a little bit unresponsive, didn’t know where he lived. He wasn’t saying much so we tried to locate where he was. We were lucky enough to figure out his address.

They decided that the best idea would be to take Reece home themselves as it’s, “all part of the service and making sure everyone gets home safe.”

I wish police officers were like that everywhere else. If you did the same in the US, you’d probably get a bullet to the face or in France… an even worse punishment.