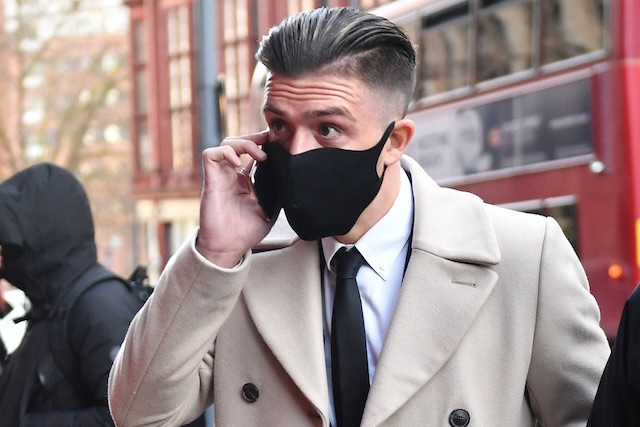 You might remember that England footballer and Aston Villa captain Jack Grealish was photographed at a house party earlier this year when he was supposed to be in lockdown after he crashed his Range Rover into several other parked cars, well today he was finally in court to be fined for this misdemeanour.

Grealish was banned from driving for nine months earlier today and also issued with an £82,000 fine and police have now released the footage of him driving into parked cars and mounting the kerb that will only increase his embarrassment. Take a look at the below and see what you think of it:

#BANNED | An international footballer who crashed into parked vehicles and mounted a pavement has been banned from driving today.

Jack Grealish had disobeyed lockdown rules to meet friends at the time.

Yeah, that’s not a good look is it? Clearly seems like Grealish was impaired somehow for him to screw up simply reversing the car not once but twice, or maybe he really is that bad a driver? Considering he had been at a lockdown party previously it seems like the first option is probably the most likely though.

The other question has to be regarding just where he was going in his car so early in the morning as well – bear in mind it was around 7am or something when this footage was taken. Again, the obvious answer is to buy more drugs or booze but again it seems incredibly stupid for him to have driven his car at this point of the night/morning during a lockdown, but maybe he isn’t the brightest spark out there?

For more of the same, here’s Grealish pictured with a naked woman in a hotel room just last week. Not a good few days for him.