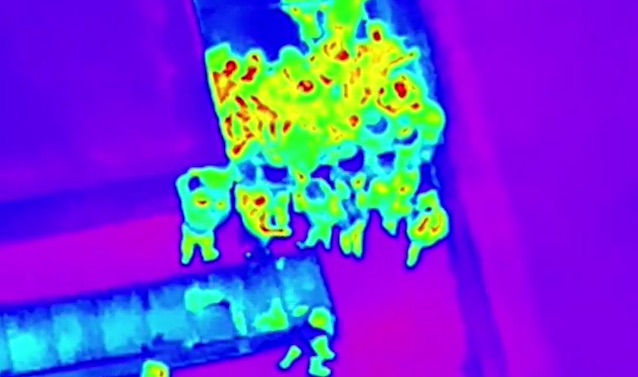 There haven’t been nearly as many videos of people breaching lockdown and getting up to stupid activities in the last few weeks as I thought there might be, but this latest one might make up for it all as it’s literally like a scene from ‘The Walking Dead’ – in more ways than one.

The footage comes courtesy of West Midlands Police, with the second half of it showing the cops busting into a building on Saturday night in Dudley Port, Birmingham where they found 13 people drinking in a pub that had been set up in a garage that had jokingly been labelled ‘The Covid Arms’. The owner was hit with a £1000 fine but the patrons were able to leave without suffering reparations.

The first part of the video shows them raiding an illegal rave with 150 people in attendance in the Jewellery Quarter region of Birmingham. There was also DJ equipment and a gym found in the building, that kinda made me think that it was a bit like a compound that a bunch of survivors would set up following a zombie apocalypse. Literally has everything you need right now.

There’s also a really funny part where they show loads of people trying to escape over fences and rooftops on an infrared camera, which really reminds me of zombies being trapped in a pen and trying to get to the humans too. Kinda sad that the cops got bottled by some of the people in attendance though – whatever way you look at this whole issue, that just isn’t cool.

Overall though, really great video to be honest:

I guess stuff like this is happening all over the country, but it’s strange that we haven’t seen as much of it over the past six weeks. Maybe that’s all set to change as people get more and more fed up with the conditions, although it’s looking like we might be out of lockdown sooner rather than later so maybe we won’t? Who knows?

For more of the same, check out these guys having a hot tub party who didn’t know there was a global pandemic. Yeah right.