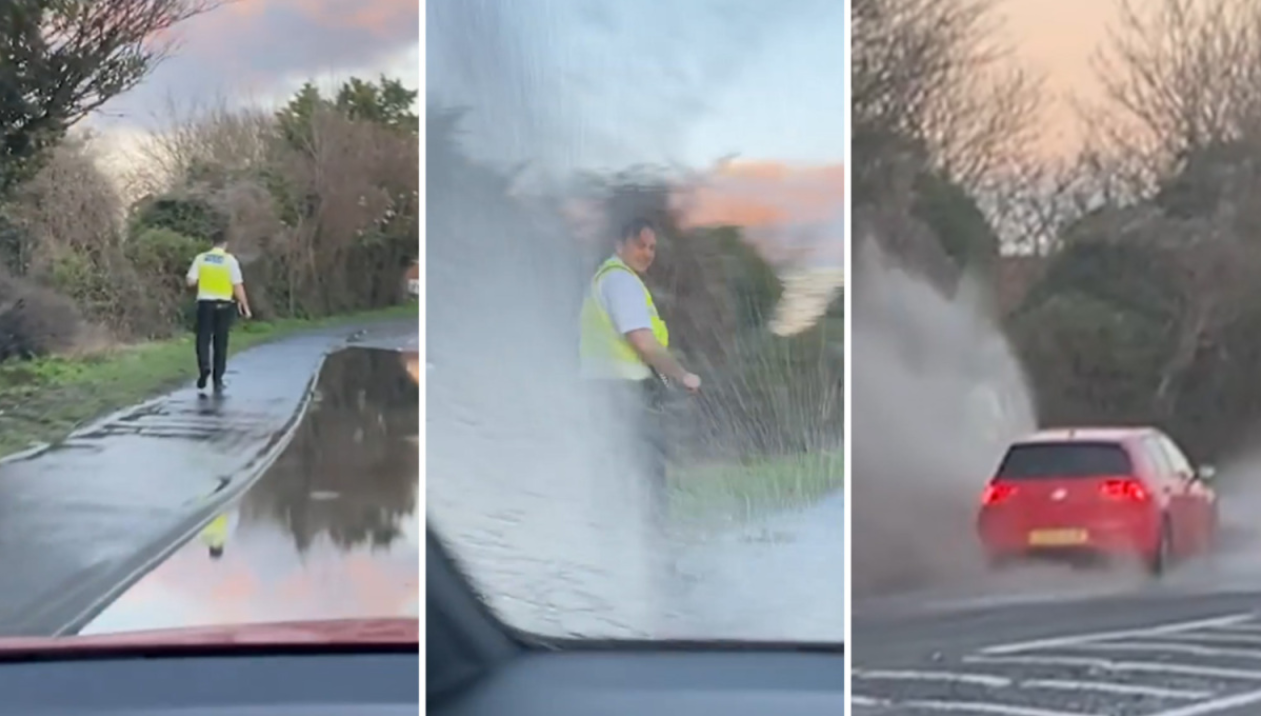 When it rains and there’s giant puddles all over the place, anyone driving a car during that time has the power to be an utter bastard. But with great power comes great responsibility. Just because you can completely soak someone and ruin their day, doesn’t mean you should right?

You definitely shouldn’t, but these guys in the red Volkswagen just couldn’t resist when they saw a police officer placed perfectly for a soaking:

Not nice really is it? But although I’d say anyone who deliberately drives through a puddle to soak someone on the pavement is an asshole, I have to admit there was something amusing about the build-up and ‘behind the scenes’ they filmed while spontaneously arranging the stunt. Especially the beep to get the police officer’s attention right before the car hit the water. Lol?

Like I said though, total assholes. Better hope they don’t get tracked down either – you can be fined up to £5,000 if you’re caught intentionally driving through a puddle.

For more of the same, check out this train that absolutely demolished commuters with a tsunami of snow as it pulled into a station. How did they not see it coming?