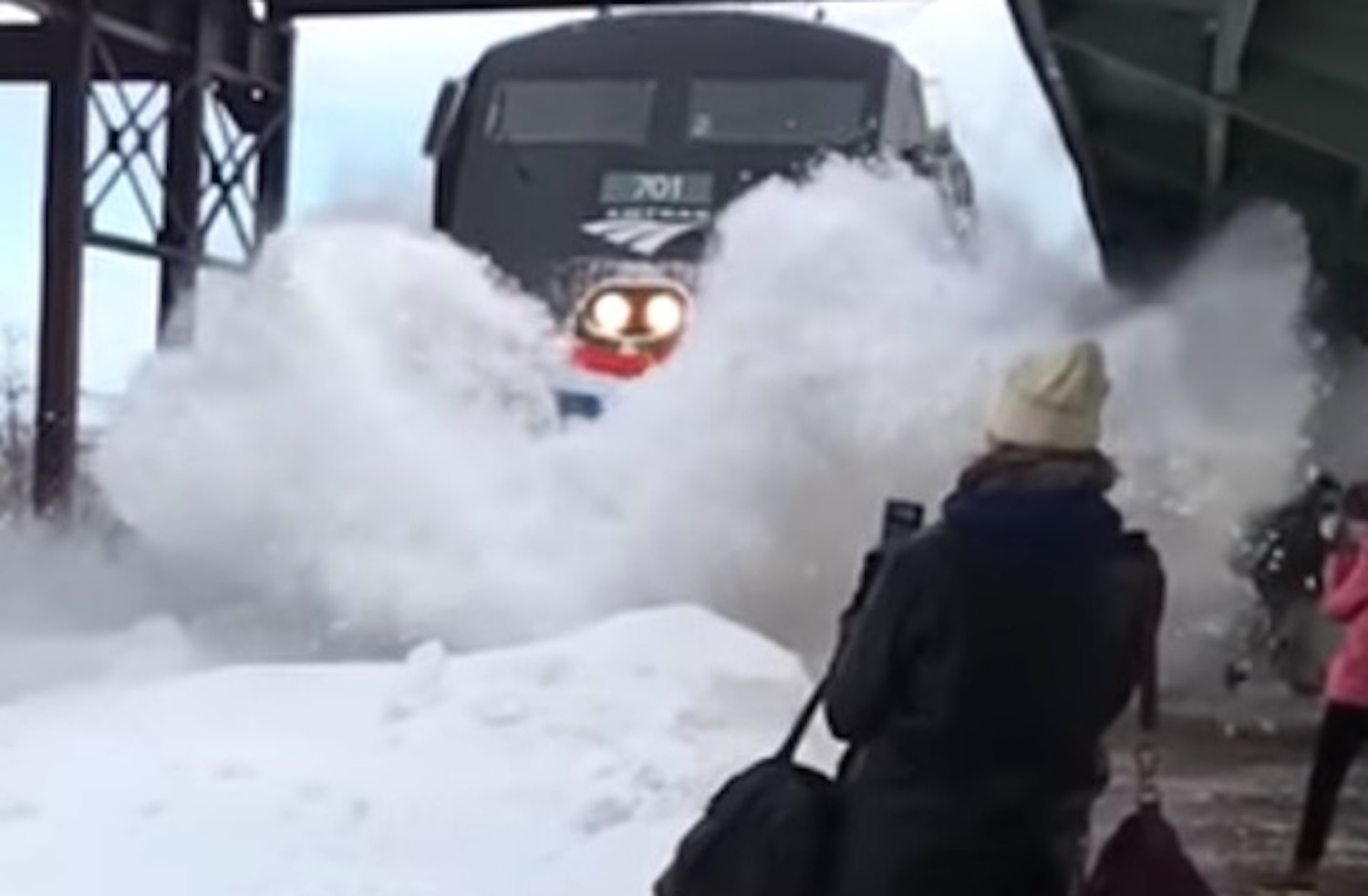 You know it’s one of the absolute funniest things to see when it’s been raining and a car drives through a puddle really fast and splashes someone walking along the road next to it. Sure, it sucks when it happens to you, but you can’t help but laugh when the shoe is on the other foot.

Now imagine that scene but about a hundred times more spectacular. We’re at a train station somewhere in America where there’s been a massive snow fall and a bunch of people are waiting for a train on the platform.

Unfortunately for them a massive Amtrak train has somewhere to be and isn’t stopping for anyone. As such, it smashes through the snow and sends it absolutely everywhere, kinda looking like a scene from a volcano or a tsunami.

Yeowch – that looked like it seriously hurt. I can image some people actually got injured from that blast it was so powerful, although there’s no details at this moment.

You’ll laugh now, but take this as a lesson if you’re ever in the same situation. Sometimes it doesn’t pay to try and look cool like nothing’s going to bother you on the edge of the platform – get out of the way.

For more speeding trains, check out this guy trying to outrun a train – and failing. Horrifying.