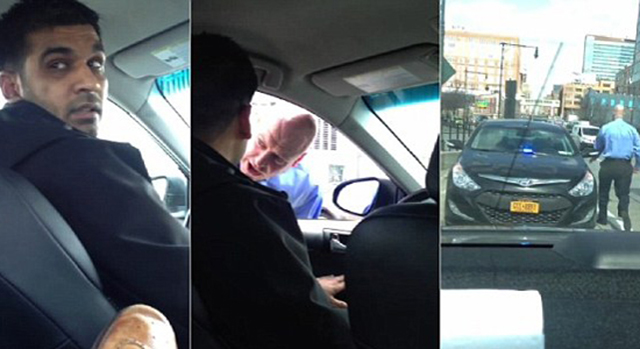 How much do you want to punch this guy?

According to the YouTube description, the cop was trying to park his unmarked vehicle without using his blinker and the Uber driver let him know. Instead of thanking the guy, the cop completely and unnecessarily flips his lid:

(Argument starts at the beginning then resumes later in the video)

Love how he tells him he isn’t important enough for him to deal with and yet spends all that time going ballistic just to feel like he has some power over a cab driver beeped at him.

Not a great feeling knowing there are dickhead cops like this around, but at least we know there are some awesome ones about too.