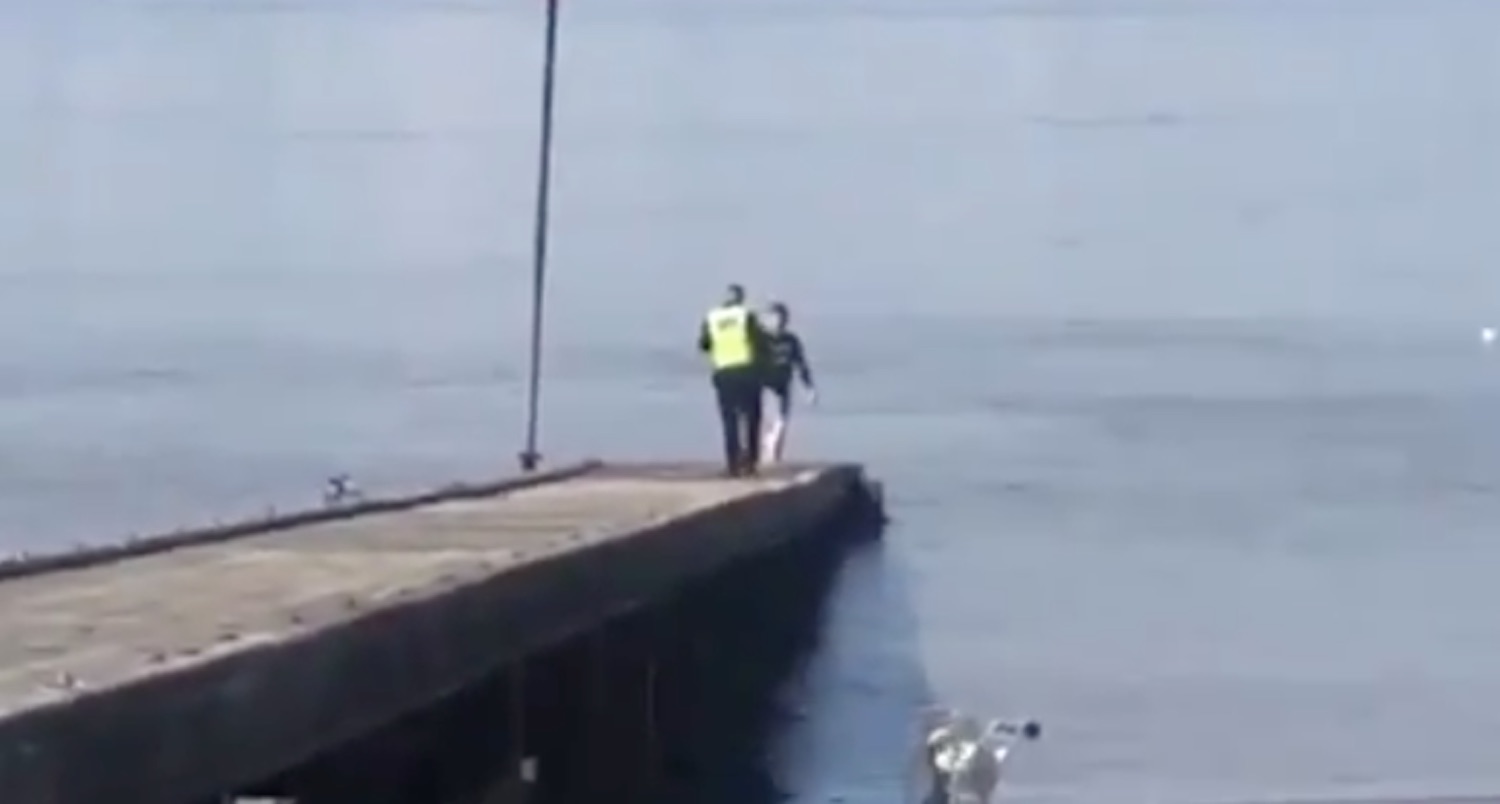 ‘Better than The Fugitive!’

Back when I was a kid, I remember seeing the trailer to the Harrison Ford movie ‘The Fugitive’ and seeing him jump off the top of that dam and thinking it was totally amazing, only to be supremely disappointed when he did it in the movie and it wasn’t even really that much of a big deal, despite being the central stunt in the film.

Thankfully though, it’s only taken about 25 years for something to come out that smashes that sequence out of the water. Not really sure of the context for this one, but it’s a policeman chasing someone and then they end up on a pier heading out into the middle of the sea and well, just see what happens:

This is better than The Fugitive pic.twitter.com/wE3kR0TyO3

Lol – that’s so good. Favourite part is definitely how the cop drags himself out of the water and still keeps running after him at the end – I wonder what the hell the guy could have done for him to want to nail him so bad?

Also a big fan of how slow the chase is in general. Really adds to the suspense and dread of the whole sequence, as does the commentary. 10/10 video all round.

For more of the same, check out this great police chase where a dog was driving. Can’t beat that.