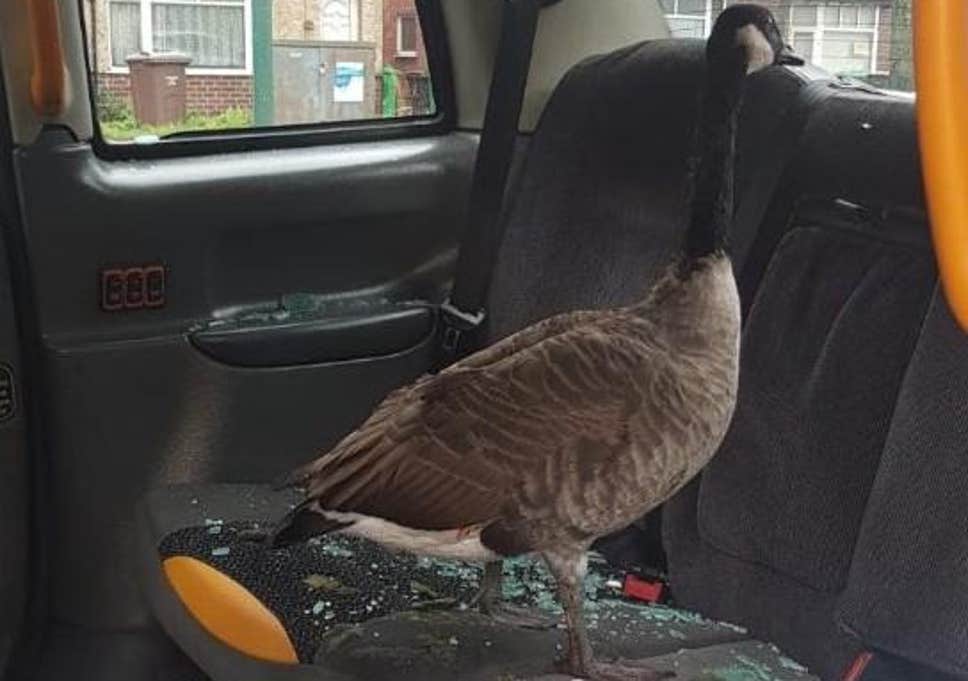 The perp was a goose.

It’s fair to say that police probably don’t think that when they get called out to investigate a taxi getting smashed up, they’re going to be dealing with a perpetrator who is a actually a goose but this time the really were led on a wild good chase.

Up in Nottingham yesterday, police were called to an apparent traffic collision but were surprised to find a taxi with a broken window and a goose prancing around inside. The police force’s social media team then proceeded to tweet the following:

When a colleague asked if a call had been received about a goose flying into a taxi over the radio, we had to see it to believe it. Goose was taken to the vets & unfortunately the taxi had to repair the damage. We think he may be trying to find his way to #goosefair #randomjob pic.twitter.com/9eWCsjncZH

Damn – for those of you that don’t know the Goose Fair is some kind of shitty fun fair that happens in Nottingham around about this time of year. I guess this is some kind of bizarre promo for that event that people are hoping will go viral? Not really sure how else a goose ends up smashing up a taxi conveniently right before Goose Fair starts, although those mofos are way tougher than they look. Trust me.

For more geese, check out this golfer explaining why he decapitated a goose at a golf course. Waiting to hear it.