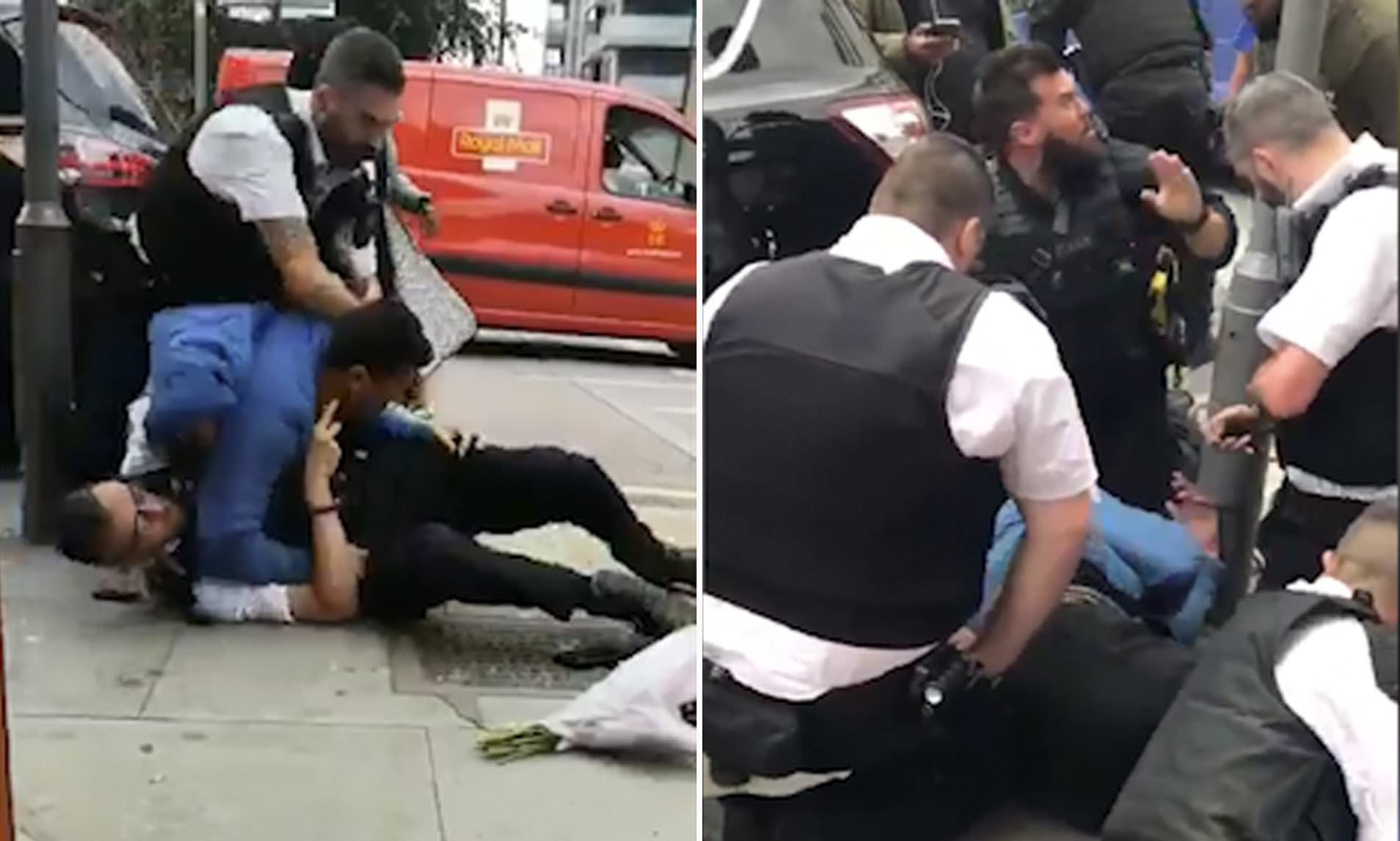 Does this count as reasonable force?

As per the Daily Mail, the police watchdog is looking into accusations of police brutality after London officers were filmed arresting and hitting a blue badge holder.

Younness Bentahar, 38, whose daughter is disabled, had parked on a single yellow line near a corner in east London. He told officers he could park in the location because he has a blue badge which witnesses said was clearly on display in his windscreen.

Just one problem though – police said he refused 17 times to produce his license or move his car, and was given a five stage warning before being arrested. Here’s how that all went down:

[09/07, 20:53] Mustafaa: Abbot Road earlier today
[09/07, 20:53]Mustafaa: The man parked on single yellow line after 5:30 with disabled badge on his car. The police told him to move then assaulted him with his his wife and disabled child in his car pic.twitter.com/JAbNTPGsFf

#PolicdBrutalty
The Police used their hand cuffs as knuckle dusters busting the mans head..
The victim a muslim brother is a blue badge holder . He was travelling with his wife and 2 children. One of which is disabled. pic.twitter.com/NUGiW0Eq50

#ICantBreath
Police Brutality against a young muslim Father..
Please share this thread far and wide. This is absolutely horrific .. pic.twitter.com/xz5fUWu7NR

Worst of all, Younness begins to convulse, as a woman at the scene screams ‘you’re killing him.’ An officer later told bystanders to move back saying the man was having a seizure.

Obviously a real unfortunate situation but I think the guy who uploaded those clips onto Twitter and provides his own written commentary is trying to shit stir a little bit. I mean I don’t think the fact the guy is a Muslim has anything to do with the way the police treated him. I’d say it’s more to do with the fact that he refused to produce his license 17 times and then resisted arrest (which never ends well and makes the situation worse every time).

That’s not to excuse the officer punching him in the ribs though: 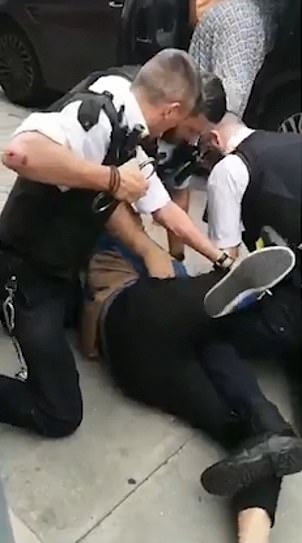 Will be interesting to see how much of that is deemed reasonable force after the investigation is over.

For the Dutch cop who battered a Muslim woman after she tried to stop him from arresting someone, click HERE.