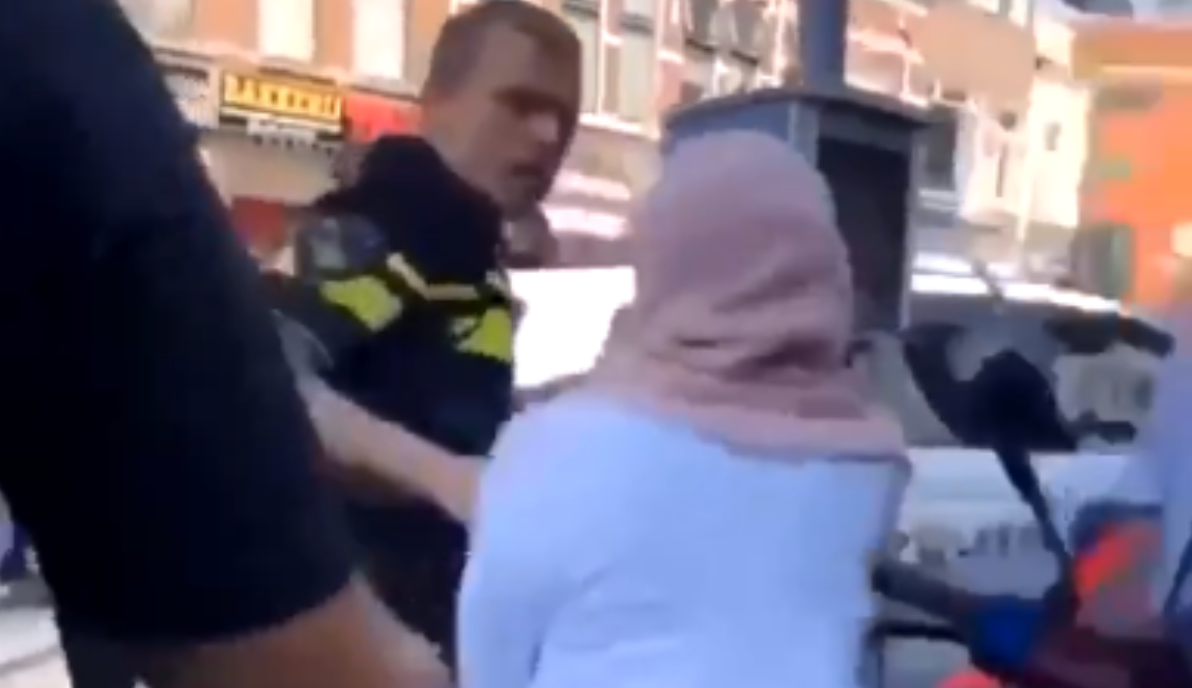 This clip is doing the rounds on Twitter at the moment as it shows a Dutch police officer over in Utrecht, Netherlands punching and kicking a Muslim woman who tried to intervene when he was arresting someone.

Dutch police don’t f— around. Officer punches & kicks woman who tried to stop him from arresting someone. Twitter activists in Europe are saying this is an incident of Islamophobic police brutality. Anyone know when & where this was recorded? pic.twitter.com/qfBfCKnd0T

However when you see a longer video of the incident filmed from another angle, it shows that the two police officers on the scene were getting blindsided from all sides while trying to arrest the guy:

The previous clip was sourced from left-wing activists & didn’t present an accurate account of what happened. This longer video shows 2 officers were attacked (& tackled) by a crowd in Utrecht, Netherlands while trying to arrest a man. This happened on 15 April. pic.twitter.com/lTmRlBYc0p

So it appears that the police officer was pissed off and pumped full of adrenaline after being punched and kicked from all angles while trying to make an arrest, and just snapped and took a swing at this lady who happened to be Muslim. The fact that she is a Muslim doesn’t seem to factor into his decision to hit her, and at times where racial tensions are bad enough what’s the point of trying to paint this incident as an Islamophobic hate crime when there’s no evidence to suggest it is? That’s not to excuse the fact he hit her, but why make it seem like even worse a situation than it already is?

Incidents like this and the fake Jussie Smollett hate crime only do a disservice to real victims of hate crimes who often have a hard time being believed as it is. Let’s hope this isn’t some kind of trend we’re going to be seeing more of.