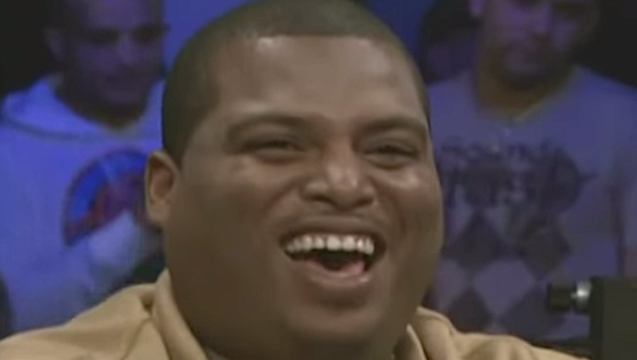 This clip coms from the World Poker Tour where some guy called Dwyte takes a risk by calling his opponent with J 10 in a $5 million pot. It looks like the risk is gonna pay off too because he hits two pair on the flop and immediately goes over to his friends and family in the audience and starts celebrating, even throwing out the line ‘I don’t even need to look at the turn or the river.’

Oh yeah you do though Dwyte, because you’re gonna get caught out by them as his opponent manages to hit a higher two pair from them and win the pot, leaving Dwyte looking rally gutted and trying to laugh it off but failing miserably. Sucker, it’s almost as good as the thug who got the ultimate payback when he was playing the knockout game.