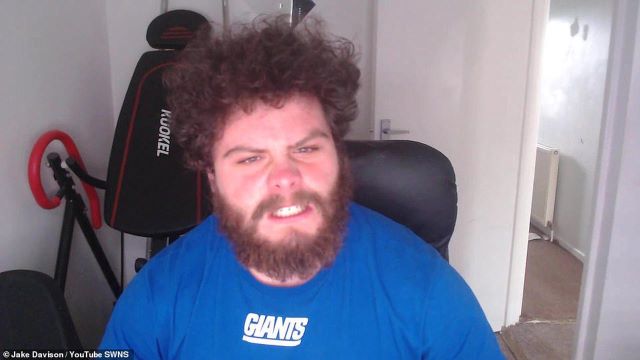 He was also subscribed to Incel TV.

New details about the gunman behind yesterday’s mass shooting in Plymouth are emerging, including that he had his own YouTube channel where he routinely lamented his (lack of) love life, growing older and his disillusionment with life in general.

23-year-old apprentice crane operator Jake Davison used a shotgun to shoot five people in the Keyham area of the city before turning the gun on himself. Three females and two males were killed, including a 5-year-old girl. It’s the worst mass shooting in Britain since 2010.

The videos have since been removed from YouTube, but there are some clips doing the rounds…

In one clip, he speaks to the camera and says:

I hate it when people say teenage love is overrated…guys who are virgins until they are older think “we must think it’s like some romantic move or some teenage romance movie”. I don’t think of it like that.’

In another he says:

There’s something special about being young, I don’t know what it is, you just have that drive, you have that fresh bounce to you you know…maybe it’s just depression, maybe I’m just going through some health issues, I don’t know.

You just have a bounce to you when you’re young, you have that “woomph”, and you have that drive and that optimism for life. As an adult, you don’t have that. So you’re telling me that…like, love as an adult – what is that?

In another, he talks about how difficult it is to ‘have willpower’ when ‘life has never rewarded you’:

I missed out on so much as a teenager, I hope I can make up for it.

I’m not advocating this, but if I have to I might even try and use drugs to make up for it, maybe cocaine fuelled sex or something, maybe that can make up for that missed teenage experience.

He also moans about getting older, saying:

What is there to look forward to? Getting f***ing uglier every passing year.

There’s nothing really to look forward to as an adult, other than getting rich.

According to the Sun, Davison was also subscribed to Incel TV – an online support group for ‘involuntary celibates’. I can’t say for sure what kind of content goes up there but clearly what people like Davison need is to be encouraged to purse goals that could lend meaning to their lives, rather than to be told their incelhood is due to society not giving them a fair shot, or women being their oppressors.

RIP to the victims and thoughts with their friends and families.

For a look at our deep-dive into the world of incels, click HERE. Truly some of the worst the internet has to offer.