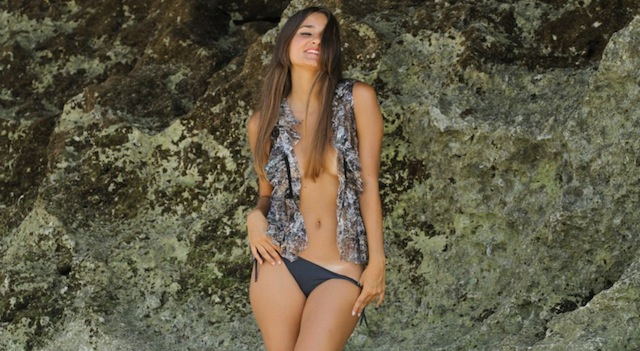 In October we told you about the model who sold her virginity for $780,000. Well that didn’t work so she’s giving it another go.

Last October Brazilian model Catarina Migliorini sold her virginity to a Japanese businessman for the rather large sum of $780,000. This was to help promote a documentary directed by filmmaker Justin Sisely entitled Virgins Wanted. We wrote about the whole deal when it happened.

Well apparently that deal went a bit sour. According to Miss Migliorini, the businessman who placed the bid had a pseudonym of “Natsu” and when she went to meet this Natsu in a restaurant in Sydney he was completely different to how Justin Sisely described him. This meant that they ended up not having sex. She also claims that Sisely didn’t cover her travelling expenses or give her the money that was previously agreed on. I mean if you’re going to have sex with some random stranger for an exorbitant amount of money, you’d at least want your taxi paid for.

Mr Sisely contests Catarina’s chain of events though and in an email to the Huffington Post he apparently claims that they have “footage to prove otherwise” and also said that she breached her contract as an actress. Either way someone got screwed and it wasn’t shown in the documentary. I’m sure if Mr Sisely does actually have the footage he can prove who is telling the truth.

Anyway all in all Catarina did alright out of the deal. She appeared in a video for Playboy where she pretends to shag a bear and she’s currently writing a book about the world’s most expensive V-card, so you know, she got something out of it. It seems she wants another bite of the apple (or is that cherry?) though as she’s trying again to sell her virginity.

She is running the auction on the smartly named (and terribly designed) website VirginsWanted2. It has a minimum bid of $100,000 and as of writing there’s been no bids. You never know though, it could end up like eBay and there’s a flurry of bids in the last few seconds. In an interview with Brazilian website PurePeople she said her real goal is to get $1,500,000. Just think how much money you missed out on with your 5 minutes of disappointment. She’s done pretty well out of keeping her virginity though so if this fails a second time she may even try it again just to get more money with a new book. Third time is the charm after all.

If you were interested in seeing the video of Catarina with her teddy bear (you know for journalistic reasons) it’s below: