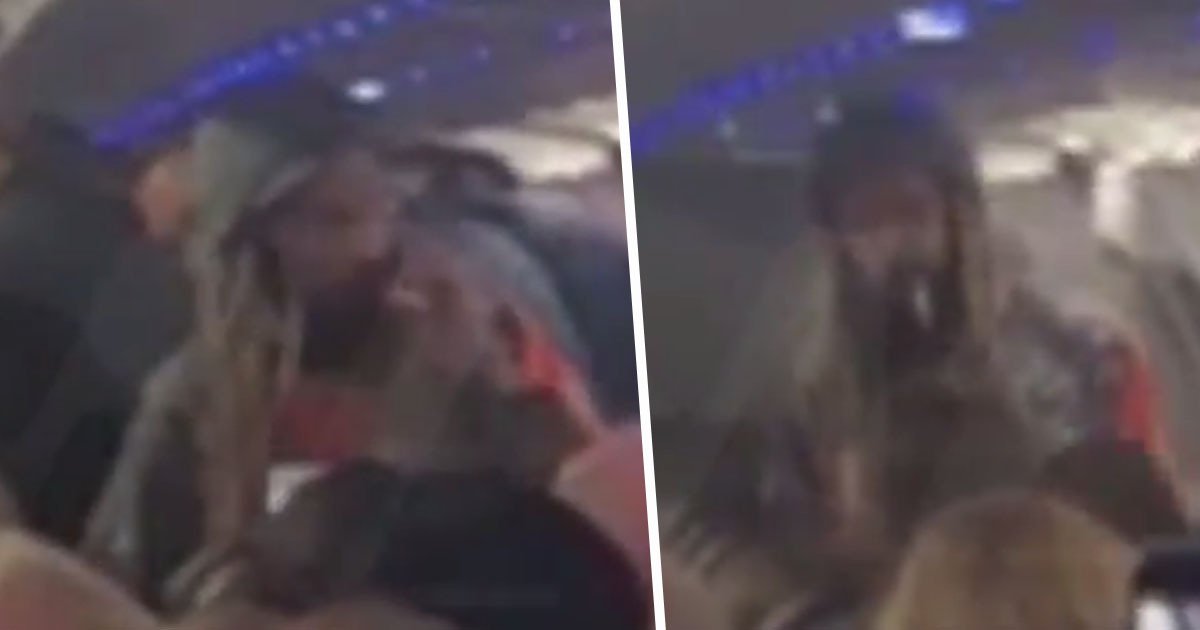 Everyone knows that you’re not allowed to smoke on board planes, so I find it really surprising that the guy in the video below thought that it would be a good idea for him to smoke a pre rolled joint whilst on a flight, although that wasn’t the first indicator of his crazy behaviour.

The unidentified man was travelling from Phoenix to Minneapolis on Friday when the pilot suddenly announced that the plane would be making an emergency landing. Chat around the plane centred around the fact that someone had been suing cocaine on board and the dreadlocked man headed to the toilet, where he locked himself for ten minutes.

Upon returning to his seat and after the plane had landed, he then proceeded to whip out a joint and smoke it right there and then on the plane. Probably not the best way to try and avoid drawing attention to yourself hey but I guess her really needed to calm down before he was arrested or whatever.

This is exactly what happened shortly after this, as police boarded the plane and cuffed him and he was literally led off the plane kicking and screaming after he punched someone in the face. You can see footage of all of this tomorrow in the video from TMZ:

Pretty hectic stuff hey? And probably no doubt really annoying for everyone trying to get from Phoenix to Minneapolis, although it’s being reported that the plane was only grounded for two hours whilst they escorted this guy off. No news on what’s happened to him, but you can bet it probably isn’t too good.

For more joints, check out this guy sparking a joint on the NYC subway and passing it round some everyone can get high. That’s more like it.